In what can be termed as a miracle, a 50 year old woman who was nearly brain dead was successfully brought back to life with a bypass surgery by doctors at Fortis Escorts Heart Institute.

According to the hospital authorities, Saraswati Devi, who had undergone a stenting procedure a few months ago, began experiencing chest pains recently. She was diagnosed to have a worsened cardiac condition, which needed an urgent bypass procedure.

As doctors at the hospital were preparing for the surgery, Devi suffered a massive heart attack and her blood pressure level plummeted to zero and could not be revived even after 20 minutes of CPR (cardiopulmonary resuscitation).

However, the doctors hurriedly managed the surgery from sterilising the surgical site to opening up the chest cavity in 10 minutes during which the heart beat and blood pressure was zero and the oxygen supply to the organs was also completely cut off.

"We had to work fast as we needed to ensure that the brain does not go without oxygen supply for too long. Medically a person is declared brain dead if the oxygen has not reached the brain for four minutes. In this case, oxygen did not reach the brain for 10 minutes," said S.N. Khanna, Associate Director (Cardiac Surgery) at the hospital.

While the surgery was successful overall, the doctors feared that due to substantial lag in oxygen supply to her brain, Devi could suffer from severe brain impairment.

"We were extremely apprehensive about the condition the patient would be in when she woke up but there was no untoward damage to her brain functions. It was nothing short of a miracle," Khanna said.

Devi, 50, recovered well and was discharged from the hospital, the doctor said. 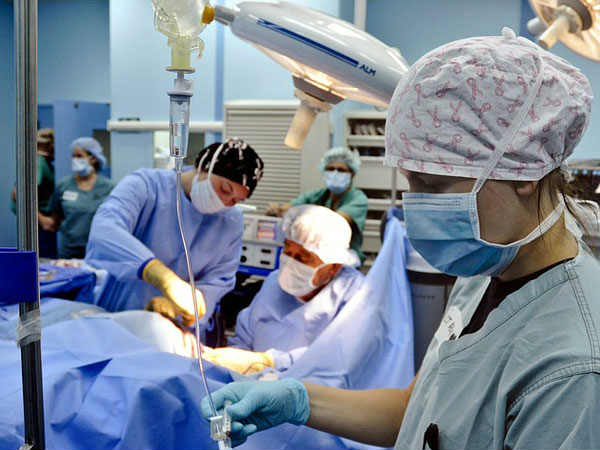 How Weight Loss Surgery Increases The Risk For Anaemia