India will be celebrating its 75th Independence Day on 15 August 2021. The day is quite important for every Indian and it marked freedom from British Raj. However, this year, the celebration will be a different one with COVID-19 lockdown across the country. However, this will no way dim the enthusiasm or patriotism in the hearts of people.

Image source: The One

But while you are celebrating the 74th Independence Day, take a moment to remember Sardar Ajit Singh who died on 15 August 1947. He played a significant role in India's freedom struggle and yet is unknown to most of us. Those who don't know about Sardar Ajit Singh can scroll down this article to read more about him. 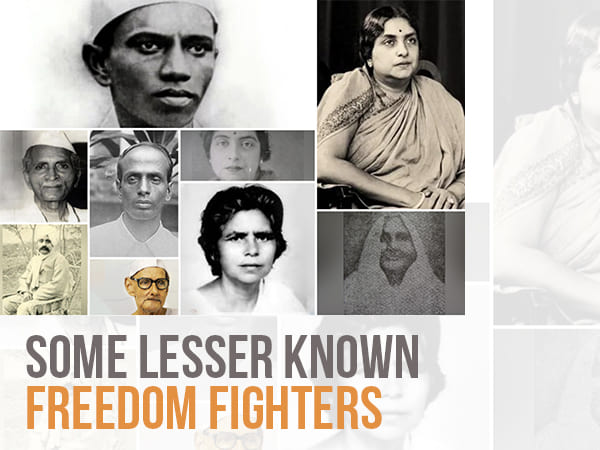 Independence Day 2020: Forgotten Freedom Fighters Of India You Should Know About

1. Sardar Ajit Singh was born on 23 February 1881 into a patriotic and extremely nationalist family in Jalandhar District, Punjab. He was the uncle to Shaheed Bhagat Singh.

3. It was then when he developed a deep interest in fighting for the freedom of the nation from the British Raj.

4. His entire family was deeply influenced by the principles of Arya Samaj Philosophy.

5. He was among the first protestors from Punjab who raised their voices against the British Raj. He openly criticised and challenged the Indian colonial government.

6. With some of his trusted friends, he organised an agitation named 'Pagdi Sambhal Jatta'' against the Punjab Colonisation Act (1906) which is considered to be an anti-farmer law by the then existing British Government. The agitation mostly consisted of the peasants of Punjab.

7. Sardar Ajit Singh was considered as the hero of the 'Pagdi Sambhal Jatta' movement. The movement spread beyond the Punjab region.

8. In 1907, he was deported to a prison in Mandalay, Burma along with Lala Lajpat Rai. After his release, Sardar Ajit Singh soon fled to Iran and developed a revolutionary group which was also led by Sufi Amba Prasad.

9. While staying in exile for 38 years in Iran, Sardan Ajit Singh carried out many revolutionary activities. He trained the men to fight against the British Raj.

10. With the help of Sufi Amba Prasad, Sardar Ajit Singh also published some articles and essays on a daily basis. They also recruited young men to carry out some revolutionary work in India.

11. Due to this, Sardar Ajit Singh was often spied on by the British intelligence officers.

12. In 1918, he came in contact with the Ghadar Party in San Francisco and began working with them. Then in 1939, he went to Europe and met Subhas Chandra Bose. The duo then worked together on some missions.

13. After spending 38 years in exile, Sardar Ajit Singh returned to India in 1946, on the invitation of Pandit Jawahar Lal Nehru. He stayed in Delhi for some time and then went to Dalhousie.

14. On the morning of 15 August 1947, Sardar Ajit Singh took his last breath and died saying, "On this day, India gains its freedom. Thank God! My mission is completed."

Also read: Happy Independence Day 2020: Quotes And Whatsapp Messages To Send To Your Near & Dear Ones

15. At present, his mortal remains rest at Panjpulla, a tourist and picnic spot in Dalhousie