Ebola virus disease, also termed Ebola haemorrhagic fever is a disease of the humans caused by four strains of Ebola virus. Ebola was first discovered in the year 1976, and since then there have been many incidences of the diseases with 2014-2016 being the critical one with around 28600 cases.

Cases of Ebola mainly occurs in Africa and the Philippines. It spreads mainly through bodily fluids like blood and secretions. Symptoms of Ebola virus include headache, fever, diarrhoea, vomiting, internal bleeding, sore throat and muscle ache. Risk factors of Ebola include visiting places where Ebola is an endemic or coming in close contact with Ebola positive patients.

Due to the nonspecific symptoms, early diagnosis of Ebola is very difficult. However, it can be prevented by early testing of patients with the aforementioned symptoms followed by isolation of the patient to prevent other people from getting infected. Take a look at a few ways to prevent the Ebola virus.

Visiting Ebola-affected areas can make people prone to Ebola virus disease. Ebola is more prevalent in African regions. Before visiting these regions, it is advised to find out the current epidemics in the area by checking CDC or WHO websites and take essential precautionary measures or avoid visiting the place at all. According to the recent reports, the Democratic Republic of Congo (Central Africa) has witnessed a few cases of Ebola. [1]

The primary mode of transmission of Ebola virus is contaminated blood or bodily fluids such as saliva, urine, vomit, faeces, semen, breast milk or vaginal fluid of an infected person. Therefore, it is suggested to maintain a safe distance from the infected person or suspected cases. [2]

Ebola is an infectious disease and the best way to prevent it is by maintaining cleanliness and adhering to strict hand hygiene. Viruses mainly get inside our body through eyes, nose or mouth when we touch them through infected hands. Frequent handwashing with soap and water will help prevent the virus from spreading through these organs. 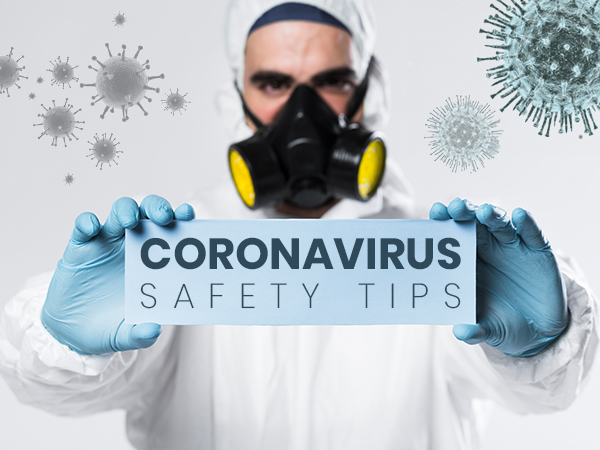 15 Safety Tips To Protect Yourself From Coronavirus

According to a study published in the journal Open Forum Infectious Diseases, Ebola virus was found in the semen of 13 out of 149 survived men from Ebola, two years after the onset. [3] This proves that the ribonucleic acid of the virus can still be present in infected cases for years and gets transferred to others via sexual contact.

Medical equipment such as needles that have been used for Ebola patients may also transfer the disease if not disposed of safely. Sterilisation of such equipment is the priority to prevent the spread of the virus. Also, the clothes of an infected person should be handled properly.

According to the WHO, Ebola was transmitted to humans through bats or fruit bats. Avoid contact with bats or any non-human primates like monkeys or apes or consumption of their raw meat. In areas where meats of such animals are consumed, they should be handled safely with gloves and other protective gears. The meat should be properly cooked before consumption. [4]

Bush meats are referred to the meats of wild animals. They are mainly hunted and eaten by people in rural areas. In developed countries, meats of such wild animals are sold in large quantity in local markets. The bodies of wild animals hold a lot of pathogens which mainly don't infect them but cause infection to humans when consumed. Avoid eating bush meats to prevent transmission of zoonotic viruses.

Healthcare workers or people involved in taking care of Ebola-infected cases are at higher risk of the infection. Therefore, strict control measures should be taken to prevent infection. Wear protective gears like gloves, eye shields and mask before handling the patient. Isolation of the people and sterilisation of instruments used should be given high priority. 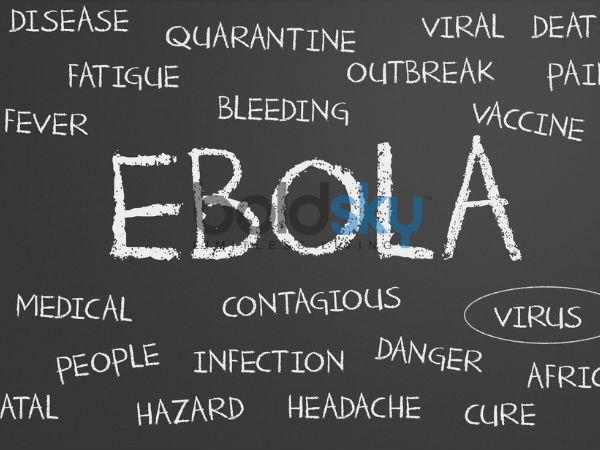 Dead bodies of Ebola positive patients are equally infectious compared to live cases. This is because even if the person is dead, the infection is still present in their blood or bodily fluids. Any leakage on the body can spread the disease if not handled with care. Therefore, burial or cremation of dead bodies should be carried out only under trained teams with proper CDC guidelines.

The incubation period of Ebola virus is 21 days. If a person returns from a country where Ebola is an epidemic, strict monitoring should be carried out. They should be kept under isolation for 21 days for an examination of their symptoms and medical treatment should be provided in case of the development of symptoms. [5]