A team of 3 surgeons, led by Dr Radhakrishna, Pediatric Surgeon at Manipal Hospitals Bangalore achieved a monumental step in the field of paediatric surgery. The congenital anomaly with an incidence of 1 in 500,000 births, Fetus in fetu (FIF) has been reported only rarely.

The developmental abnormality, in which a mass of tissue grows onto resemble a foetus was initially described by George William Young in 1808. On receiving the peculiar case of 7-month-old Abhir Mondal from West Bengal, Dr Radhakrishna was quick to examine the baby's condition [1] [2] .

The baby, with an abnormally swollen abdomen, was brought to the doctor by his grieving parents Mr Tanmoy Mondal and Mrs Bijiya Mondal, who are wall-designing artists in Shantiniketan, West Bengal. The new parents had undergone the required tests and regular check-ups during pregnancy but no defect or abnormalities were detected during the time. 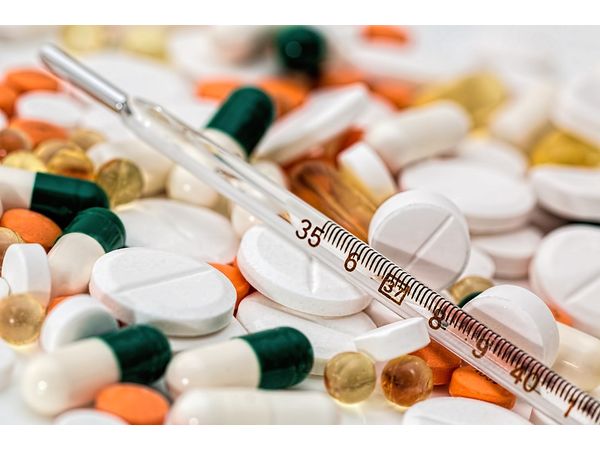 The Unnerving World Of Generic Drug Manufacturing In India Exposed

The bay was born prematurely in the 7th month of the pregnancy. Once the baby reached the age of 62 days (2 months), his father found a swelling in his abdomen which was rather abnormal, leading to the beginning of the never-ending hospital visits that handed out nothing but inconclusive results.

But with the condition of the baby deteriorating, the parents grew concerned. The condition caused the months-old baby to vomit daily and lose appetite. It was a doctor in Kolkata who detected the presence of an abnormal tumour in the child's abdomen and referred the Manipal Hospitals in Bangalore.

On examining the child's abdominal distension, the doctor discovered that the tumour was not, a normal one, but had solid and liquid elements (including bones and hair-like parts which almost resembled a head).

During the Press conference held at Press Club Bangalore, Dr Radhakrishna said, "the parents came to me in a very anxious state as they were unable to understand the strange condition. I could see that there was a mix of both liquid and solid elements inside the abdomen. These masses are referred to as teratomas, which are thought to develop from germ cells, which are cells that can change into and divide to form any organ in the body. This resembled a very rare condition known as Foetus in Fetu."

This particular case was unusual because FIF does not usually develop in a baby during the developmental stage. In Abhir's case, the condition was diagnosed when he was 7-months-old and no abnormalities were reported during the delivery.

The paediatric surgeon and urologist went on to add that, "the stomach, pancreas and the major blood vessels supplying the intestine were also displaced and had proximity to the tumour. It took careful and meticulous dissection to finally separate the tumour from the rest of the body organs. Careful examination revealed some peculiar facts as the specimen had a sac filled with fluid in which solid components were present including brain, hair, intestinal tissue and bones, almost giving the appearance of an incompletely formed foetus."

The intricate surgery was completed in 3 hours by 3 surgeons and the took a time of 2 weeks for the baby to completely recover from the surgery. On being asked about the risks involved in the process of the surgery, the paediatric surgeon asserted that internal bleeding and possible infections pose as a risk, but the careful and attentive process followed by the team of surgeons made sure Abhir Mondal, the wee survivor came out healthy and thriving.

The surgery cost was estimated at Rs. 2,60,000, said Tanmoy Mondal, father of the baby who was the first one to detect the unusual swelling in his 2-month-old child.

Dr Radhakrishna also pointed out that, the rare developmental abnormality is difficult to be diagnosed as, to date, there is no scientific proof asserting how the foetus-like tumour growth develops. He also stressed that FIF is a benign tumour and not cancerous, but may be fatal in severe cases [3] .

He concluded the conference by strongly asserting that it was the ardent team effort of the group of surgeons that helped in successfully executing the surgery.