Kangana Ranaut's team shared her never-before-seen rejected look test for her character Bobby Batliwala from the movie, Judgementall Hai Kya. As opposed to her long fiery curly hair in the Prakash Kovelamudi's movie, this look was much laid back. For the look test designed by Sheetal Sharma, Kangana is sitting cross-legged on a table wearing a long striped t-shirt and Christmas socks. She is holding a book in one hand and a teacup in the other. In a short pixie cut and round spectacles, Kangana looks like a nerd and cute as a button.

In an Instagram post sharing the rejected look and her actual look in the dark comedy-thriller, her team wrote, "Here's a never-before-seen rejected look test of her character, Bobby from #JudgementallHaiKya. What do you think? Does she look better in a pixie cut or big curly hair as seen in the movie?".

Here's a never-before-seen rejected look test of her character, Bobby from #JudgementallHaiKya. What do you think? Does she look better in a pixie cut or big curly hair as seen in the movie? Comment below!! (Swipe to see her orignal look from the movie) Look designed by: @mrsheetalsharma

While Kangana looked pretty in the look, we certainly feel that her look is the movie was apt for her hyper and fierce character. The unruly reddish-brown curls of Kangana in the dark comedy movie seemed to be an intricate part of her character, almost oozing off the angry and excited emotions of her character. The dark hair and pixie cut are too tame for the fireball that was Bobby Batliwala.

Her fans, however, are accepting of Kangana in every avatar with many comments like"She looks Bomb in both", "Yeah super duper cool and perfect", "She looks beautiful in every avtaar" and "Loved your performance in this one" flooding the comment section of the post. 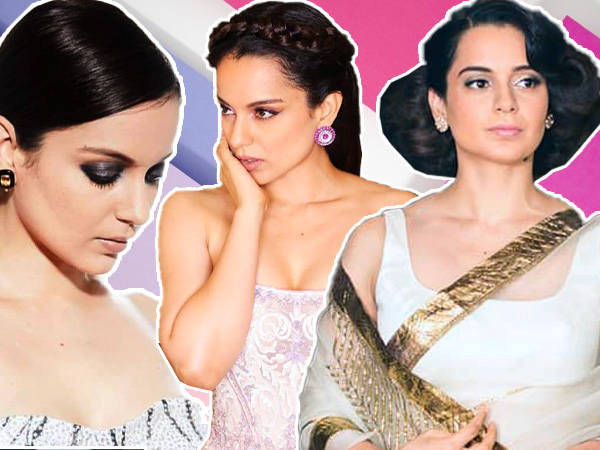 We would like to know what are your thoughts on this look? Did you like the pixie cut better or the curly hair? Let us know in the comment section below.