Shani Dev is known as the lord of justice. He is the personification of the planet Saturn which is known as Shani Grah in Vedic astrology. All the planets keep shifting from one zodiac to another and thus changing their positions with respect to the zodiac signs as well as other planets. However, the movement of the planet Saturn is believed to be slower than the other planets. It might stay in one zodiac for a period of two and a half years approximately.

What can be the reason behind such a slow movement of Shani Dev? Let us explore.

Story Of The Birth Of Shani Dev

According to the story of his birth, Goddess Chhaya (also known as Sandhya) was the mother of Shani Dev. She was an ardent devotee of Lord Shiva. She used to offer prayers to Lord Shiva when she was pregnant. When Shani Dev was born, he had a dark complexion. Surya Dev did not want his son to be dark. Fearing Surya Dev, she called her shadow Suvarna to replace her and she left for her father's place. 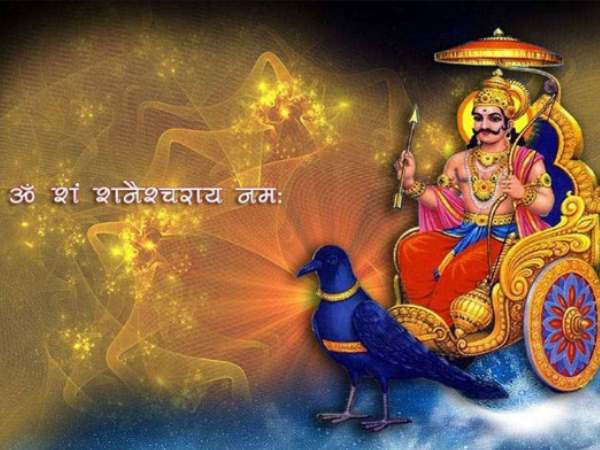 How To Get The Blessings Of Shani Dev?

Shani Dev Cursed By His Mother

Neither Surya Dev nor his son Shani Dev could realize this. Suvarna then gave birth to five sons and three daughters. Initially, Suvarna took good care of Shani Dev. However, biasness started reflecting after she had her own children. This became a reason of constant despair for Shani Dev. While Suvarna was feeding her children one day, Shani Dev also asked her for food; however, she ignored. Enraged by this, child Shani, out of innocence, raised his leg to hit her, reverting which, she cursed Shani Dev that he should become a lame planet.

The Mystery Of Sandhya And Suvarna Revealed

Hurt by the curse, child Shani went to his father seeking help. Surya Dev realized that Sandhya could never curse her own child. Doubting the identity of Shani Dev's mother, he went to ask her the truth. Upon being compelled, she revealed that she was the shadow, Suvarna and not the real Sandhya.

Surya Dev then consoled Shani Dev saying that though he might not be able to walk as fast other planets, he would definitely not become lame. That is why Shani Dev does not move as fast as other planets and takes time to move from one zodiac to another.

However, there is yet another story which is also considered another reason behind Shani Dev's comparative slower movement.

There is another reason often mentioned behind the slow movement of Shani Dev. It is related to the birth story of Ravana's son Meghanad. When Meghanad was not yet born, Ravana had requested all the planets to remain at favourable positions at the time of his birth, so that he could get a long life.

While convincing all the other planets was not so difficult, convincing Shani Dev was a really big task. Despite this, Ravana succeeded in taking his consent also.

However, since Shani Dev is the lord of justice, he played a trick just to make sure that justice prevails. While he remained in a position favourable for the long life of Meghanad, he kept his sight malicious, also known as Vakri Shani or Shani retrograde. Therefore, when Shani became Vakri, Ravana got enraged and, therefore, cut off one of the legs of Shani Dev, thus causing his movement to become slow.