Garuda Puran is one of the 18 literatures authored by Ved Vyas. The book consists of 279 chapters and 18,000 Shlokas. A number of shlokas for the general guidance of his fellow humans have also been written down in the book. Taken from that collection, here is something in which the author says that there is a group of people at whose home we should never have food.

The belief is based on the theory that we become what we eat. The concept highlights that when food comes under the influence of negative energy, it acquires that and this energy then gets transferred to the one who eats the food. Here is what the author further says on it.

As a part of Indian tradition we often have food at the houses of our friends and relatives. Well, here is a list of the people at whose home we should never have food. Moreover, having food is just an indication towards the inference that one should avoid making very good and close bonds with some of these people.

A Thief Or A Criminal

One should never have food at a criminal's place. Garuda Puran says that when a person eats with or in the house of a thief, he also becomes a beneficiary of his earning made by evil means. Since the food prepared consists things bought from the money earned through evil means, the credit gets distributed among those who eat the fruit of the action. Moreover, a thief might make you another of his victims. 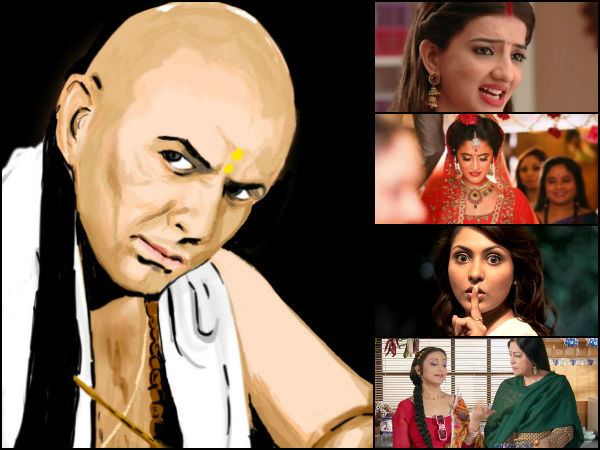 Most Read: Chanakya Niti: Never Share These Secrets With Anyone

A Woman Of Bad Character

A woman who intentionally takes to cheating, adultery, and other such actions which are considered wrong in the eyes of God (and not just the society), one should avoid eating food at her house. As stated above, one shares a part of her evil deeds thus.

A usurer is a person who lends money at unreasonably high rates. Those usurers who try to take advantage of other's problems might even target you the next moment. With their sharp mind they succeed in making people their victims. They might even trap their friends for the sake of money.

A person who has no control over his anger should always be avoided. Especially the people who get violent while in anger are very dangerous. They might even attack you when angry.

A Wicked Man And A Wicked King

A wicked man or a wicked king, both earn money by exploiting others. Hence, one should avoid sharing the fruits of money earned by hurting others' honest sentiments. Moreover, such people might become hostile with you any time for their selfish reasons.

Backbiters find problems in every solution. They are quick to find flaws and speak ill of everything. With their sharp minds, they often play safer games, which might entrap you. Hence, they come out safe and put you in troubles. Gossips might ruin a good man's prestige.

It has been often found that drug dealers often end up turning their friends into addicts, so that you become another of their customers. They might do anything for money. Thus, the company of such a person ruins one's life.

Most Read: Vidur Niti: These 5 People Are Always Happy

The Poor And Needy

In keeping this name on the list, Ved Vyas meant that we should not consume food at the house of somebody who is going through hard times and poverty in life. It will be difficult to entertain a guest for a person who doesn't have the means to fulfil his own needs. It includes all those whom people offer donations. This simply means we should avoid taking from those whom we are supposed to give.