Maha Shivratri which means the great night of Lord Shiva is a popular festival observed by Hindus across the world. The festival is observed on the Chaturthi tithi of Krishna Paksha in the month of Phalgun. This year the date falls on 11 March 2021. On this day, devotees of Lord Shiva worship Him devotedly to please Him and seek His blessings. They sing and listen to Shiv Bhajan and worship Him throughout the day and night.

This Maha Shivratri, we are here with some mythological stories related to the festival and Lord Shiva. In order to know more, scroll down the article. 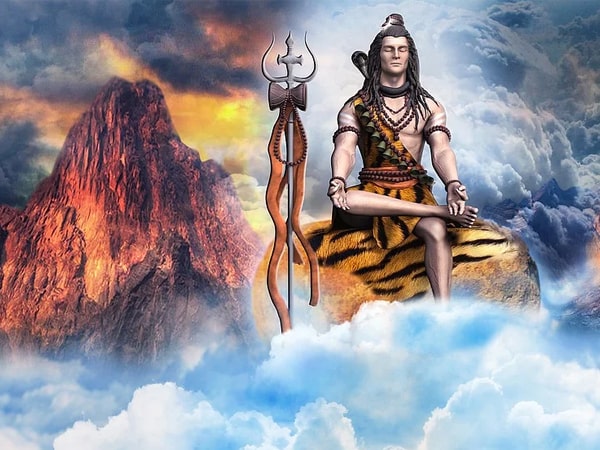 Maha Shivratri 2021: Powerful Mantras Of Lord Shiva That You Can Chant

1. The Race Between Lord Vishnu And Brahma

This is one of the most important mythological stories of Lord Shiva that one needs to know on Maha Shivratri. It is said that once Lord Vishnu and Brahma got into a debate on whose prowess among the two is the supreme. Both deities wanted to prove themselves as the most important ones. Seeing them debating in such a manner, Lord Shiva took the form of a divine linga that seemed to be illuminated like never before. So it was decided that Lord Vishnu will be looking for the origin of the enlightened lingam and Lord Brahma will be going for the end of the lingam. Whosoever finds the origin or the end would be considered as the supreme.

Both deities went off to look for their respective goals. They kept going but the lingam never seemed to have any origin or end. A significant time passed but none of them could come up with the origin or the end. After a long time, Lord Vishnu saw Lord Brahma coming towards Him (Vishnu) with a divine Ketaki flower in His (Brahma) hand. Lord Brahma said that I have found the end of this lingam and I have brought this flower from there. Lord Vishnu at first didn't believe this but when Lord Brahma asked the Ketaki flower to tell if Brahma brought it from the end of the lingam, the flower agreed. Lord Vishnu then said, 'I haven't located the origin. Let me continue my search'.

Just then the Lingam broke and Lord Shiva appeared. He confronted Lord Brahma if he was telling the truth. Lord Brahma couldn't answer as He had lied to show Himself supreme. Furious on this, Lord Shiva cursed Lord Brahma saying he won't be worshipped widely. He also cursed the Ketaki flower for supporting Lord Brahma's lies. Since this incident took place on the Chaturthi tithi of Krishna Paksha in the month of Phalgun, the devotees of Lord Shiva the day as Maha Shivratri.

2. The Wedding Of Lord Shiva And Parvati (Shakti)

According to Hindu mythology, Maha Shivratri is the night when Lord Shiva and Goddess Parvati got married with all the rituals. It is said that once Lord Shiva and Sati, the first manifestation of Goddess Shakti were married for the first time on the night Maha Shivratri. However, when Goddess Sati sacrificed herself after seeing Her father humiliate Lord Shiva, the god mourned for a long time after which He went into a deep meditation. He came out of the meditation after Goddess Shakti invoked Him in Her manifestation of Parvati.

This is also known as the Churning of the Ocean. Once the Suras (Gods) and Asuras (demons) debated on who owns the universe. They decided on dividing the universe. For this, they agreed to the churning of the ocean that would produce various divine things. These divine things then would be distributed among the Asuras and Suras. They churned the ocean and various things came out of the ocean as a result of the churning. One such thing was Halahal, a deadly poison. Since all the things that the ocean would produce had to be distributed among the two groups, one of them had to take the Halahal and consume it. But consuming even a drop of the poison would result in instant death and if it got spilled then would lead to massive destruction in the universe.

4. The Hunter And The Lion

Once a hunter went deep into the jungle to hunt and feed his family. It was on Maha Shivratri festival. He was chased by a lion and in order to save himself from being killed and eaten, the hunter climbed a tree. While he was climbing the tree, he didn't realise that the tree was a Bilva tree and under it there was a Shivlingam. Since the lion was hungry and determined to kill the hunter, it stayed under the tree. Now the hunter had to stay awake throughout the night to ensure he doesn't end up falling from the tree. In order to stay awake, he kept plucking the bilva leaves and dropping the same. While he was dropping the leaves, he didn't realise that he was dropping them on the shivlingam. Thus he worshipped Lord Shiva unintentionally. Lord Shiva pleased by his worship and pure heart, blessed him with a long and healthy life.