Famous across the world, and Lord Jagannath Rath Yatra is one of the most important festivals celebrated in the month of Ashadha. Lord Krishna, along with his siblings with his siblings sitting in the chariot, a procession is taken out, at Jagannath Puri temple of Odisha. So largely celebrated the festival is, that a lot of security arrangements need to be made. This festival is celebrated very year on the dwitiya tithi during Shukla Paksh of Ashadh month. This year, it is being celebrated on July 14th , 2018.

It is one of the four main pilgrimage sites of Hinduism, -Badriath, Dwarka, Jagannath Puri and Rameshwaram. These are collectively known as Char Dham. This temple spreads in an area of 4,00,000 sq. ft. and the eight extends up to 214 ft.

About the temple, It is said that no bird ever flies from above the temple. The temple welcomes masses of visitors every day but the food has never fell short for the devotees. This is one of the biggest magics seen about the temple.

Lord Krishna is the tenth incarnation of Lord Vishnu. Lord Krishna, here known as Jagannath sits on the extreme right, along with his sister Subhadra and brother Balabhadra on the left, while the procession goes on. This procession is first taken to Gundicha temple where it stays for nine days. After this follows the Bahuda Jatra in which the chariot is again taken back to the main temple.

The First Sight Of The Deities For Some

The wood used for manufacturing the chariots is taken from specific trees. These chariots are constructed newly every year. The chariot of Lord Jagannath if forty-five feet high ad forty five feet square near the wheels. It is being said that this year the priest had some dream while asleep, according to which the chariots have to be made from some certain food. This wood is that of a Neem tree.

According to a belief Lord Jagannath falls ill, some days before the celebration of the Rath Yatra, and it is after he gets well, that this procession is carried out.

The chariots are ready and the procession will be started tomorrow. This is broadcast every year on news websites and television. For this, the security arrangements have been put in place in the Jagannath temple of Puri,. 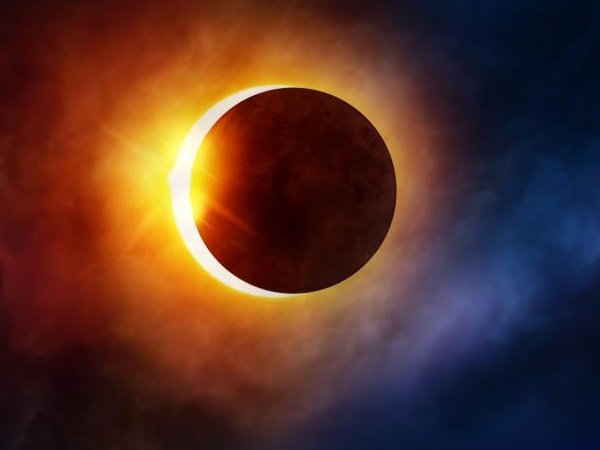 Another Solar Eclipse Yet To Come