Ganesha Chaturthi is one of the most celebrated festivals in India. Primarily observed as the main festival in the states of Maharashtra, Karnataka, Goa and some parts of Tamil Nadu, the festival is now observed as a grand celebration in other parts of the country as well. Ganesha is believed to be the establisher of perfection.

He brings auspiciousness and thus helps a project meet success. Invoking Lord Ganesha at the beginning of every puja or holy function is considered very important for the event to become fruitful. The son of Lord Shiva and Goddess Parvati, Lord Ganesha comes to visit the homes of his devotees every year and stays with them for around ten days as a guest. Thereafter, he gives blessings to his devotees and goes back to the Kailash Parvat to his parents.

Though it is not clear as to when the festival actually began, the celebrations gained prominence during the reign of Shivaji (the founder of the Maratha empire) in Maharashtra. The festival celebrates Lord Ganesha as the lord of auspiciousness and intelligence. He grants perfection to every art and brings success to every venture of his devotees. It is said that worshipping him invites success sooner.

How Is Ganesha Chaturthi Celebrated?

A new idol of Lord Ganesha is installed and worshipped for this entire period of ten days. After these ten days, the idol is immersed in water. All the people in one locality gather together and carry out processions in which the idols of Lord Ganesha are taken for immersion in a sea or a river. Just as a guest, Lord Ganesha too is offered food three times a day during the festival. The festival is observed similarly in temples as well by the temple authorities.

The festival of Ganesha Chaturthi falls every year on the fourth day during Shukla Paksha of the month of Bhadrapad. It continues for a period of ten days and ends on Chaturdashi Tithi. This year, the festival will start on September 13, 2018, and end on September 23, 2018. The auspicious muhurta to install the idol of Lord Ganesha will be from 11:08 am to 1:34 pm on September 13, 2018. 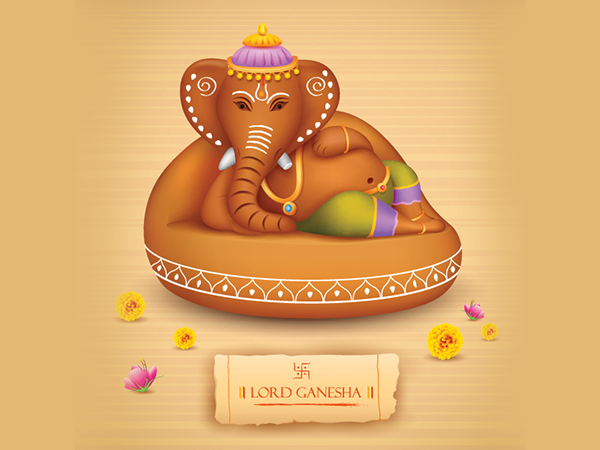 Why Is Ganesha Worshipped First?

Rules Regarding Selection Of The Idol