Well, the adorable couple of Bollywood has now landed from just beautiful together to together forever after being happily married.

While the bride and the groom belong to two different cultures of Hinduism, the marriage was also conducted according to both the traditions separately, at Villa Del Balbianello in Lake Como, Italy.

Marriage According To Different Traditions

As the name suggests, Konkani weddings take place in the Konkani communities which occupy the regions around the Konkan Coast, alongside the states of Karnataka, Goa and Maharashtra. A Konkani marriage involves a number of traditions, such as Udida Muhurat, Kashi Yatra, Mandap Puja, Kanyadan, Kasthali, Layi Homa, Sapta Padi, Honti Borchhe and Var Ubarchhe. While a common colour code is followed by all except the bride, she appears draped in red.

Similarly, the Sindhi tradition involves rituals such as Kachi Mishri, Pakki Mishri, Berana Satsang, Dev Bithana, Lada, Tih, Vanvas and Mehendi. Among all these rituals having conducted by the DeepVeer couple, Deepika's Dupatta was a major highlight. Let's explore how.

Dupatta Exclusively For A Bride

While Deepika's stunning looks were taking away the attention of everybody from everything else, her mehendi-laden hands completed her Indian bride looks. However, what was a bigger highlight was her dupatta which quoted 'Sada Saubhagyavati Bhava'. In all Hindu weddings, the bride is made to wear a traditional dupatta which is designed differently based on different traditions. What is common to all traditions is the red colour, the mark of marriage.

The Sanskrit Mantra translates to - May God and auspicious fortune embrace you forever. It is a blessing which is given that immense luck be showered on the bride. Where the literal translation is - Sadaa: always, Soubhagyavati: a woman lucky in marriage, and Bhava: May you be. Thus the mantra means: may you always be lucky in marriage. A woman lucky in marriage refers to the one whose husband is in good health and wealth.

A Blessing Given Only To A Female

Well, all meanings apart, this blessing can only be given to a woman. It is said that the mantra finds its records in Vedas and the Mahabharata. It is one of the divine mantras which were coined by the ancient sages. 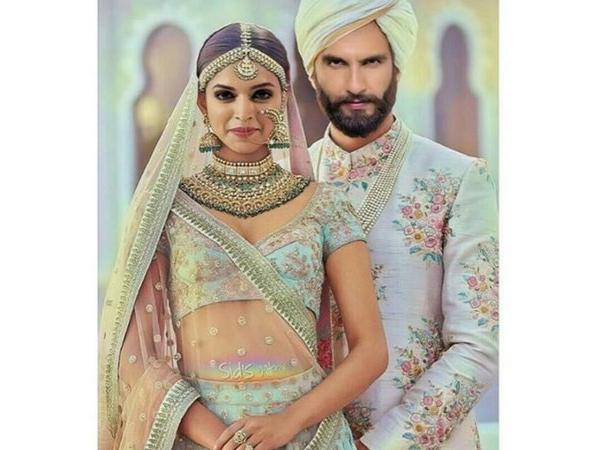 Most Read: Here Are The Seven Vows Of Marriage

A Blessing Which Everybody Should Give

Another reason behind the mantra being written on the dupatta as a highlight is also that the mantra should catch the attention of everybody who looks at the bride. The beholder thus, in chanting the mantra while looking at the bride would give her the blessings of good luck. The Mantra thus blessing her, would also continuously protect her from evil eye as well. Therefore, a happily married life is what she would be blessed with.