Goddess Durga is the manifestation of power. She is the one who protects everybody as the mother of the universe. Goddess Durga removes all forms of ignorance that exist in the minds of human beings; ignorance that originates due to the love for the materialistic world. She removes all such darkness which is a mere illusion and takes the being towards the light of awakening. When she does that, she is known as Saraswati. Similarly, when she protects her devotees from negative energies, such as fear, jealousy, hatred and other demonic energies, she is known as Mahakali.

Pleasing Goddess Durga is as easy as pleasing one's mother. All you need is love. Devotees show their love for mother Goddess by observing fast for her during Navratri which is considered the most auspicious time to worship her. She is worshipped using flowers, saree, coconut and other items. Mantras are also chanted in order to invoke the Goddess and get her blessings.

Known as Dhyan Mantra, this mantra helps maintain concentration during the puja. It should be chanted by students in order to please the Goddess and improve learning and concentration. 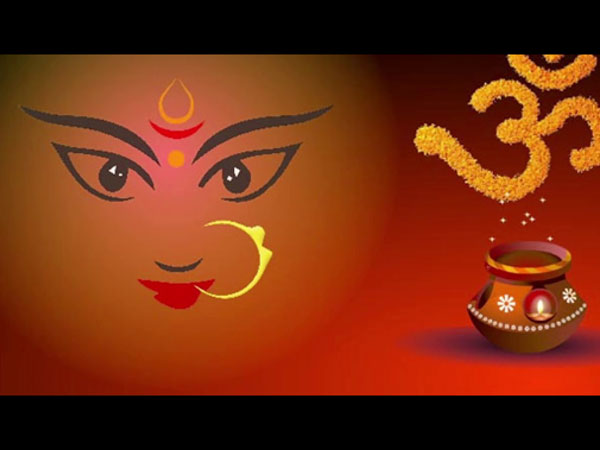 Most Read : Vastu Rules You Should No Forget During This Sharadiya Navratri

This is the Durga Shatru Shanti Mantra which is chanted to defeat any malicious intentions and attempts from the devotees. Enhancing bliss in the life of the person, this mantra can prevent all forms of negative energies coming from people who are jealous of you.

This mantra, known as Sarva Badha Mukti Mantra, has the power to remove all the problems from the life of the devotees. It is said that chanting this mantra can help get the blessings of the Goddess if you want to to have a child, but are facing complications. Besides this, the mantra is chanted for peace and progress.

This mantra, known as Duh Swapna Nivaran Mantra is chanted in order to get victory over bad dreams, fears and bad omens and is also believed to help during the unfavourable positioning of the planets in the birth chart. This mantra gives confidence to the devotees as the Goddess bestows fearlessness. This can be chanted when one is going through problems in life.