Every year 19 November is celebrated as the birth anniversary of Indira Gandhi, the First Female Prime Minister of India. She was the only daughter of Pandit Jawahar Lal Nehru and his wife Kamala Nehru. Born in the year 1917, she became the second-longest-serving Prime Minister of India after her father. However, her life has been a series of incidents that you must know. So let us look at some unknown facts about her. 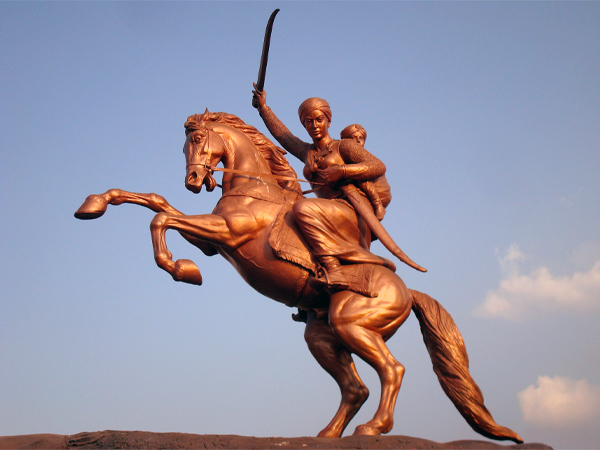 Rani Lakshmi Bai: Some Unknown Facts About The Valiant And Brave Queen Of Jhansi

1. She was born on 19 November 1917 at Anand Bhawan in Allahabad, Uttar Pradesh.

2. She was given the name Priyadarshini by the famous poet 'Rabindra Nath Tagore' and therefore, her full name was Indira Priyadarshini.

3. During her childhood days, she witnessed the freedom struggles of India. Soon she realised that foreign goods were strengthening the economy of Britishers and therefore, she burnt her dolls and other toys that were made in England.

4. Since her father used to remain busy in the freedom struggles, Indira got to spend quite a little time with him. It is said that while Pandit Nehru was away from home, the father-daughter duo used to communicate through letters.

5. She later went on to join the University of Oxford after her ailing mother died in Europe.

3. Her marriage with Feroze Gandhi ended in the year 1960 when he died from a heart attack. The marriage lasted only for 18 years.

4. Before serving as a Prime Minister, she also served as the unofficial personal assistant of her father and the then Prime Minister Jawahar Lal Nehru.

Indira Gandhi As A Prime Minister

1. Indira Gandhi became the first female Prime Minister of India in the year 1966 after the death of Lal Bahadur Shashtri.

2. It was under her 1966 to 1971 tenure when she declared the nationalisation of fourteen banks running in India. This decision was taken in the year 1969.

3. In the 1971 Lok Sabha Election, she gave the popular slogan 'Garibi Hatao' (eradicate poverty) as the political bid. The party won the support of rural and urban people and this brought a victory for the party. Hence, Indira Gandhi became the Prime Minister for the second time.

4. One of the biggest achievements of Indira Gandhi was when India gained its victory over the Indo-Pakistani war which happened in the year 1971.

5. She was referred to as 'Goddess Durga' by the former and late Prime Minister Atal Bihari Vajpayee.

6. However, the victory against Pakistan couldn't bring her much love and support as numerous problems came into the path of Congress Party. The reason behind this was growing inflation, drought in some parts of the country and most importantly the oil crisis that was witnessed in the year1973.

1. It was in the year 1975 when Allahabad court that Indira Gandhi's victory in the 1971 Loksabha Election was a result of electoral malpractice and using government machinery and resources. This led to outrage in public and they started protesting against her.

2. She rejected the court order to resign and avoid running any office for the upcoming 6 years. She in fact, went ahead to appeal in the Supreme court of India. The public in return carried out demonstrations and protests against her.

3. She gave the orders to arrest the protesters after which she persuaded Fakhruddin Ali Ahmed the then President to declare a state of Emergency. Hence Emergency was declared due to the internal disorders.

4. During this time, Sanjay Gandhi, the youngest son of Indira Gandhi came into power and is said to virtually control and run Indian. He had tremendous power even without holding any Government office.

5. Indira Gandhi came into power once again in the year 1980 after the parliament was dissolved in August 1979. Following to which Loksabha elections were held in January 1980.

Operation Blue Star And Her Death

1. Indira Gandhi led the operation Blue Star from 1 July 1984 to 8 July 1984 to hunt down Jarnail Singh Bhindranwale who was an orthodox Sikh militant along with those who supported him.

2. Many parts of the temple were destroyed by the heavy artillery used by the Indian army. This also led to the death of a huge number of innocent pilgrims and many Sikh people.

3. On the morning of 31 October 1984, she was shot by Beant Singh and Satwant Singh, her bodyguards. Both of them shot her with their service guns while Indira Gandhi was walking in the garden of Prime Minister's residence in 1 Safdarjung Road, New Delhi.

4. Beant Singh and Satwant Singh, after shooting Indira Gandhi dropped their guns and surrendered. Both of them were then trailed. Beant Singh was shot dead on the same day of assassination while Satwant Singh along with Kehar Singh, the one who conspired the murder was sentenced to death.

So this was all about the woman who rose into power to become one of the most powerful and iconic Prime Ministers of India.