People often say doctors are no less than God as they save one's life and treats them. This indeed is true. A doctor saves many people's lives in his/her lifetime. But we can't ignore the contribution and hard work of a nurse in curing a patient and taking care of him/her. Nurses are as important as doctors as they are the ones who take proper care of their patients and ensure if they are getting the essentials on time or not.

History has witnessed several nurses who went beyond their duty to cure and look after their patients. To honour such nurses, every year 12 May is observed as International Nurses Day. On this day, we have brought a list of nurses who created history in the field of medical science. 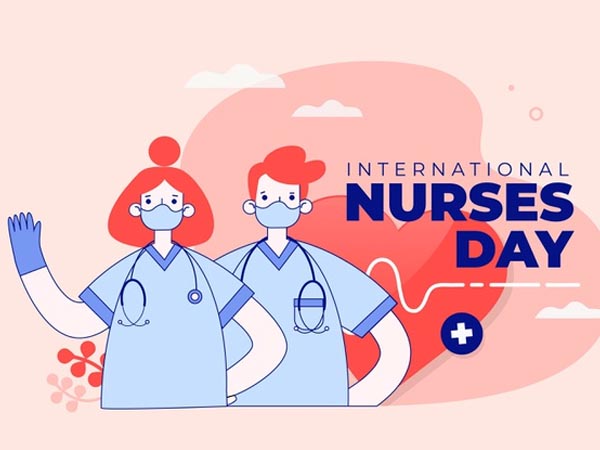 International Nurses Day 2020: Know About The History, Theme And Significance Of This Day

Florence Nightingale, often known as ‘Lady with a lamp' played a significant role in treating the injured soldiers during the Crimean War from 1853 to 1856. She was heading a group of nurses who were assigned the duty to serve the wounded soldiers of the war. Upon reaching the Barrack Hospital in Istanbul she was shocked to see the lack of proper sanitation and shortage of food and medical essentials. She imposed strict instructions to maintain proper cleanliness in the ward and made sure that patients were receiving proper medical care. With her consistent efforts and impactful supervision, she was able to reduce the fatalities from 40% to 2%. She later went on to open Nightingale School Nursing in London which was the first nursing institute for women. This later brought a huge reform in this profession.

Clara Barton is also one of the famous nurses from history. She was the founder of the American Red Cross and took up the role of a nurse when she was barely 10 years old. She did so to serve his elder brother's injuries that required frequent care. During the American Civil War, she took the responsibility of treating the wounded and bringing the supplies at the battlefield. She even worked at the frontline during the battle to treat those who were injured. She also campaigned for collecting the funds and bringing the essential medical and food supplies. Barton often travelled in the army ambulance to distribute medicines, food and sometimes also cooked for people. While she was working at the battlefield, she was nursing a soldier when a bullet went through her dress (thankfully missing her) killed the soldier.

Mother Teresa was born in 1910 in the Ottoman Empire where she was known as Anjeze Gonxhe Bojaxhiu. She later came to India with the intention of serving the underprivileged people in India. Along with some dedicated nuns and nurses, she tried her best to provide proper healthcare facilities to people living in slums in Calcutta. She mostly looked after those who were labelled as the ‘untouchables' in Indian society. Nobody dared to touch these people, let alone help them. Not only this, but she also provided distinctly non-sectarian facilities to her patients, such as she offered holy water of Ganges river to the Hindus who were on their death-beds. She also read the sacred Quran for her Muslim patients counting their last breath.

She was a nurse during the American Civil War era. She was a black woman who served women and children below 15 years at the New England Hospital. Soon she was allowed to join the nursing school of the same hospital. Thereafter she graduated from the school in the year 1905. This was the beginning of her nursing career. This motivated many other black women to pursue nursing as their career by receiving formal training and heading the Howard Orphan Asylum. Later they joined the American Nurses Association. Mary campaigned to introduce and provide medical kits to nurses for providing better care to the patients.

Margaret Sanger lost her mother at a young age due to frequent pregnancies. She, therefore, dedicated her entire for spreading awareness about the effects of frequent pregnancies, miscarriage and lack of proper care during the gestational period. She was married to William Sanger and was the mother of 3 children. Later she became a nurse who worked tirelessly for the betterment of women and childcare.

She founded the Planned Parenthood organisation to spread the necessary awareness about childbirth. She helped women in liberating them from unwanted pregnancies and abortion. In order to help women from avoiding unwanted pregnancy, she smuggled diaphragm which is a kind of contraceptive. She also gave lectures, organised campaigns, wrote articles and did whatever she could to make women aware of dire consequences of abortion, lack of proper hygiene and care during the pregnancy and frequent pregnancy.

Lillian Wald is famous for taking care of the immigrants. In the year 1893, she got a call to save the life of a woman who was left to die by her doctor as she was unable to pay for her treatment. Wald was horrified after seeing the condition of the poor woman. She looked after her and did her best to save her life. Later she founded, ‘Public Health Nurses' in Manhattan's Lower East Side. The focus of this organisation was to provide necessary healthcare facilities to immigrants, destitute and those who were incapable to afford medical healthcare. One of her organisation the ‘Henry Street Settlement' still works on the same principle.

Mary Breckinridge was born into an influential family and had a privileged life until she became mother. Unfortunately, her two children died while they were newborns. This incident shook Mary Breckinridge to a great extent. She decided that she will work for bringing a change in the health condition of women, especially those who were underprivileged and/or were expecting a baby. In the year 1910, she became a registered nurse at St. Luke's Hospital School of Nursing in New York. She then went on to serve as a nurse from the American Red Cross during World War I in France. It is then she came across the European midwives and realised their importance in childbirth.

She then continued her studies at the Columbian University after returning back from WWI. After this, she went on to provide prenatal and childbirth care to women and their newly born children. She allowed her patients to pay whatever they could in whichever means they were comfortable such as she accepted chickens as well. Many nurses joined her and followed her footsteps by forming an organisation called Frontline Nursing Service, Kentucky. The organisation runs even today.

She received her nursing education from St. John's House Sisterhood in London. During the early days of her career, she worked as the Lady Superintendent at the Pendlebury Hospital for Children, Machester. She was a determined and hard-working nurse who always carried a stethoscope. With her knowledge and practical experience in the nursing profession, she emerged as one of the key figures in International Nurse Politics. She made consistent efforts in the passing of the Midwives' Registration Act. After falling ill in the year 1906, she stepped down from the British Mantor's Council.

So these were some of the inspiring nurses of all time who created history with their determination and hard work.

Images have been taken from Wikipedia The Sentinel Watch.

She received her nursing education from St. John's House Sisterhood in London. During the early days of her career, she worked as the Lady Superintendent at the Pendlebury Hospital for Children, Machester. She was a determined and hard-working nurse who always carried a stethoscope. With her knowledge and practical experience in nursing profession, she emerged as one of the key figures in International Nurse Politics. She made consistent efforts in the passing of the Midwives' Registration Act. After falling ill in the year 1906, she stepped down from the British Mantor's Council.

So these were some of the inspiring nurses of all time who created history with their determination and hard work.