Chinese social media went berserk when people saw the most astounding human-made waterfall on the planet. It is a spectacular video that was discharged, shot in Guiyang City in the southwestern Guizhou Province, which demonstrates a 108-meter-high human-made waterfall running down the side of a hotel building.

The Liebian Building which is situated in the business locale of the city now has one of the world's largest waterfall that features water pouring down onto the side of it, and it just looks utterly stunning.

The Chinese media reported about this most astounding waterfall, which is human-made and generally open for the time being just for household or world occasions for around 20 minutes. The dilute running the building comes clearly in abundant amounts, and along these lines, it is reused from an underground storage system. 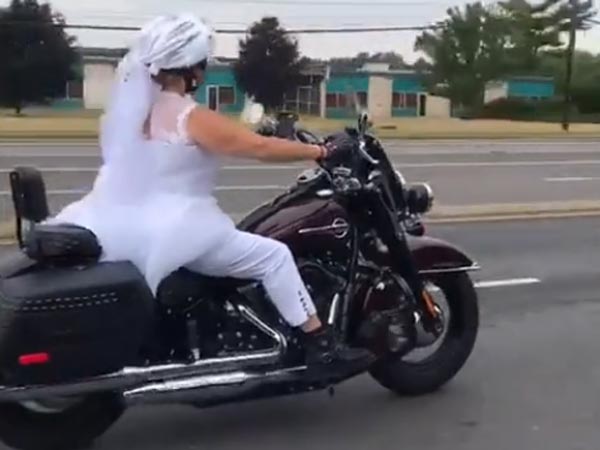 This Bride Rode Harley To Her Wedding!

Residents, sightseers, and journalists have been gathering in the Guiyang City, in south-west China, to see the display just to be left gazing in shock at the enormous artificial waterfall, which falls acoustically for over 100 meters down the side of this high rise.

As seen in the video, the waterfall looks magnificent, as well as it is a fantastic accomplishment of designing as well.

The huge fountain is said to be only active on special occasions, such as celebrations in the city. Besides, most of the water used in it is recycled tap water and rainwater.

So, would you like to visit this place? Let us know in the comment section and for more exciting videos, check our section Pulse.