What will be your reaction if you come to know that a seven-month-old baby has been sworn in as the new Mayor of a town in America? You might think it is bizarre, but it is true! William Charles 'Charlie' McMillian, also known as Mayor Charlie took over the position on Sunday afternoon. He has now become the youngest mayor ever in the history of the US. The toddler mayor wore a tuxedo for the swearing-in ceremony which was attended by 150 guests.

Mayor Charlie stood on the podium around 4:30 PM with his adoptive parents Nancy and Chad McMillian while the local community members witnessed him taking the oath. The members cheered and applauded for Mayor Charlie.

Also read: Viral: This Dog Becomes Parent For This Human Baby, Teaches Toddler How To Crawl

Josh Fultz (41), one of the members from the local community spoke to Newsweek, "He just sat there and kind of goo-goo-ga-ga'd over the people that were all around, like a happy little kid."

"Everybody was wanting to hold him and walk around with him and the love that was in the air was very strong. We're in a difficult time in our country's history and Mayor Charlie is helping to bring peace and kindness back into the community. That's really the whole goal," explained Fultz. He further said that the whole event was planned by his parents in an effective manner.

However, Mayor Charlie isn't the actual mayor. He will hold only the honorary position as it was part of an annual fundraiser programme organised by the Whitehall Volunteer Fire Department. Every year this position of an Honorary Mayor is auctioned by the Fire Department's BBQ Fundraiser.

It was on October 20 this year when little Charlie became the highest bidder and therefore, he has been elected as the youngest Mayor ever in the US. The motto of his swearing-in was "Make America Kind Again."

The swearing-in ceremony was similar to any official ceremony, but with a customised oath for the toddler which reads as, "I, William Charles McMillan, do solemnly promise that I will faithfully execute the office of the Mayor of Whitehall and will to the best of my ability: Be kind to everyone on the playground, promote life, adoption and good, clean country living, pave all the gravel roads, take cookies to the Volunteer Fire Department, catch the biggest catfish, and preserve, protect and defend the community of Whitehall, so help me, Mom and Dad!" 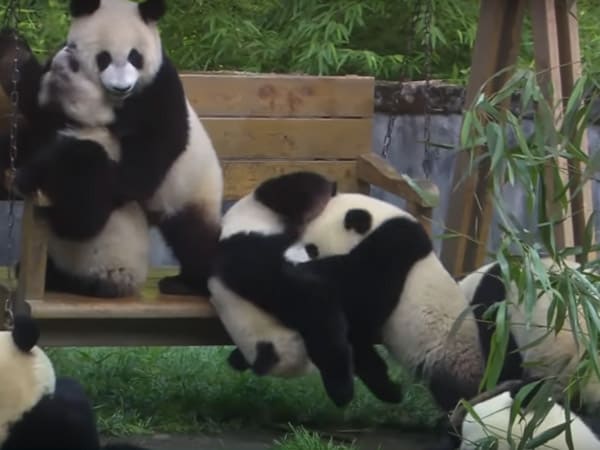 Cuteness Alert: Adorable Pandas Doing Funny Activities Will Make You Fall In Love With Them

A band group from the local high school gave a patriotic music performance. This was followed by a mock secret service and a dance performance as well.