Not only in the history of South Africa, but he has also been regarded as an inspirational figure in every language and culture. His persevering fight for equality and democracy has motivated generations to act towards changing the world. As a result of his protests against the country's apartheid regime, he was sentenced to life imprisonment. He spent the first 18 years of his prison in the brutal Robben Island Prison.

Post his release, he focussed on eliminating discrimination and racism. His tireless pursuit of peace earned him the Nobel Peace Prize in 1993, followed by the historic event of being elected as South Africa's first black president, the next year. 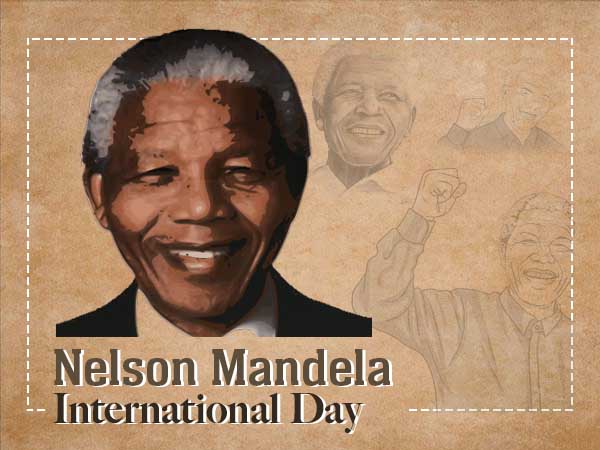 Though Nelson Mandela is physically no more, his vision of a 'rainbow nation' is equally relevant today than ever before. His believes and ideology teach us the true essence of peace and humanity.

Here is a collection of his timeless quotes that will inspire you to believe in the life-changing power of the human mind.

1. "It always seems impossible until it's done."

2. "And as we let our own light shine, we unconsciously give other people permission to do the same."

4. "The greatest glory in living lies not in never falling, but in rising every time we fall."

5. "After climbing a great hill, one only finds that there are many more hills to climb."

7. "For to be free is not merely to cast off one's chains, but to live in a way that respects and enhances the freedom of others."

8. "A good head and a good heart are always a formidable combination."

9. "I learned that courage was not the absence of fear, but the triumph over it. The brave man is not he who does not feel afraid, but he who conquers that fear."

10. "Education is the most powerful weapon which you can use to change the world."

11. "Real leaders must be ready to sacrifice all for the freedom of their people."

12. "Do not judge me by my successes, judge me by how many times I fell down and got back up again."

13. "Everyone can rise above their circumstances and achieve success if they are dedicated to and passionate about what they do."

14. "There is no passion to be found playing small - in settling for a life that is less than the one you are capable of living."

15. "Man's goodness is a flame that can be hidden but never extinguished."