So now let us see some of the facts related to Guru Ravidas and the significance of his birth anniversary.

Some Facts About Guru Ravidas

1. He was born to Gurbinia Devi and Sri Raghuram in a small village near Varanasi. At present, his birthplace is known as Sri Guru Ravidas Janam Asthan.

2. Guru Ravidas was born in a low caste family who made leather footwear. Therefore, during his early life, Guru Ravidas used to help his parents in making different footwear for people.

3. As Ravidas was born in a low caste family, people considered them as untouchables but this didn't affect Ravidas.

4. Since childhood, Guru Ravidas was dedicated to Saints and poor. He used to care for those who were in desperate need of help.

5. Other than making leather footwear, Ravidas used to spend his time on the banks of river Ganges. He loved dedicating his time to the Bhajans and Kirtans.

6. He was also a great devotee of Lord Rama and Krishna. It is said due to this dedication and devotion, he was blessed with some divine powers.

7. He utilised his divine powers and knowledge in spreading spirituality among the people and motivating them to walk on the path of spirituality.

8. Inspired by his teachings, Brahman, priests and other upper caste people used to bow before Guru Ravidas.

9. In order to spread the spiritual knowledge, Guru Ravidas travelled throughout the country including Andhra Pradesh, Gujarat and to some parts of Himalayas.

10. Sikhs believe that Guru Ravidas met Guru Nanak. Today many of the teachings and literary work of Guru Ravidas is included in the Guru Granth Sahib, the holy book of Sikh.

11. Some of the texts in the Guru Granth Sahib tell that Guru Ravidas was one of the 17 most important saints born in India.

12. It is believed that Guru Ravidas was the first Indian who argued that every citizen should have their basic human rights. He also promoted the idea of bringing equality in society.

13. Historians believe that Meera Bai, the famous devotee of Lord Krishna, considered Guru Ravidas as her spiritual and prominent Guru. 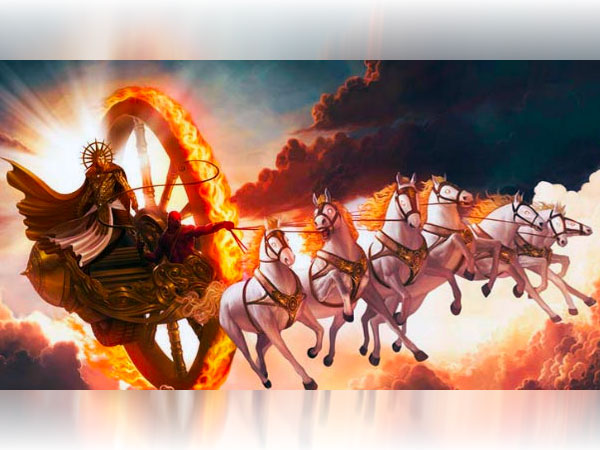 Ratha Saptami 2020: Know The Puja Vidhi Of This Festival

1. People, especially those who practice Sikhism, organise a tribute march while carrying his portrait in the streets.

2. On this day, people take a holy bath and serve poor people and those who are in need of help.

3. People also listen to the brave and inspiring stories related to Guru Ravidas.

4. A huge and spiritual gathering is organised at the birthplace of Guru Ravidas and people gather there to dedicate their time to spirituality and Bhajans.

5. People also recite and listen to the Dohas written by Guru Ravidas.

6. In order to pay tribute to Guru Ravidas and let people celebrate his birth anniversary according to their own cultural beliefs, a day holiday is observed by the government and some non-government organisation and institutes.