For every nation, its flag is quite important and so is for our country. Our National Flag which is also known as the 'Tricolour' has huge importance. Our National Flag symbolises our freedom and the long struggle that our brave freedom fighters fought. As we proceed to celebrate 75th Independence Day, it is important for us to know the significance of the three different colours used in our flag. Today we have brought an article on the same. Scroll down to read more.

Independence Day 2020: Forgotten Freedom Fighters Of India You Should Know About

It was on 22 July 1947, when the National Constituent Assembly adopted the present form of our National Flag in a meeting and since then it has been the pride of every Indian. After 23 days, our nation was declared independent from the British Raj.

Earlier in 1921, our National Flag contained red and green colours in equal proportion. The two colours represented the Hindu and Muslims, the two main communities living in India. Later Mahatma Gandhi suggested adding white colour in between to represent other communities present in India and also added a spinning wheel in the middle. According to him, the spinning wheel depicts the progress of the nation.

It was in 1931 when a resolution was passed to make our National Flag in such a manner that it contains three colours representing our nation and didn't represent any particular community.

Our National Flag contains three horizontal bars having saffron (kesariya), white and dark green colours in them. In between the white horizontal part, one can see an indigo wheel-like circular shape. If you have ever wondered what do these colours signify then we are here to tell you about the same.

1. The saffron colour is at the top of the flag and it signifies the courage and strength of every Indian. It speaks about our glorious history and also symbolises the bravery of our freedom fighters.

2. The white colour is in the middle and it symbolises the peace, unity and truth of every Indian. It shows beautifully and peacefully people belonging to different religions, castes and classes live in India.

3. The dark green colour is at the bottom and it signifies the prosperity and fertility of the nation. It indicates the auspiciousness of our motherland. Moreover, it also honours the farmers who work hard to cultivate the land in our country. 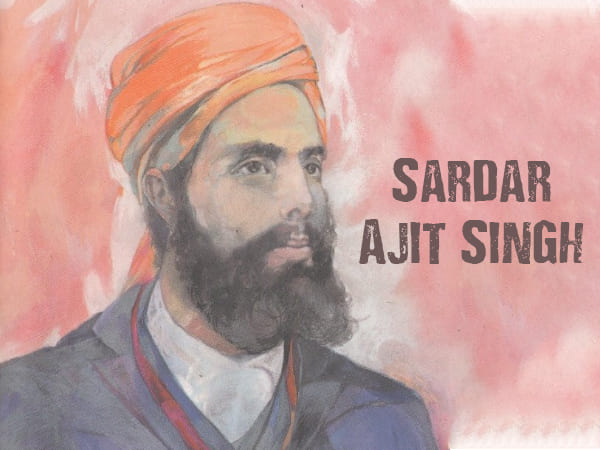 Sardar Ajit Singh: The Freedom Fighter Who Died On The Day India Gained Its Independence