Pitra Dosha is an astrological term which refers to a situation where the ancestors are displeased with a person and a number of problems disrupt the normal flow of his life. It is believed that after death, people go to the Pitra Loka from where they keep supporting their families left there on the earth with their supernatural powers. Rituals are performed to please the Pitras. However, due to some mistakes made by you, they might get displeased.

When this happens, the children in the family might start suffering from health problems, expenses might start increasing and it invites poverty as well. Well, here are some reasons which might cause the ancestors to be displeased.

Most Read : Symptoms And Remedies For Pitra Dosha

Killing cows has been described as one of the biggest sins of Hinduism. It is said all the Hindu deities reside in the body of the cow. Hindus offer prayers to a cow. That is why killing a cow is believed to bring the Pitra Dosha to the family. Not just killing, even hitting a cow by mistake is considered a sin.

Disrespecting The Kul Devi Or Devta

Hindu scriptures mention that every clan has a deity. It is necessary to offer prayers to this deity during every puja. Ignoring or forgetting to offer prayers to them is considered equal to a sin. Doing so might invite the wrath of the ancestors and it might become a reason for Pitra Dosha.

Not Performing The Shradh Ceremony

Cutting A Peepal Or A Banyan Tree

Both a Peepal tree and Banyan tree are considered sacred in Hinduism. Just as the deities, these trees are also worshipped and offered prayers. Besides this, cutting trees which are covered with flowers is also not considered right. It is also believed to invite Pitra Dosha.

Spreading any kind of impurity at holy places, leaving dirty utensils, washing dirty clothes or doing anything immoral especially near sacred water bodies is considered disrespectful. This becomes a reason for the wrath of the ancestors, hence causing Pitra Dosha. 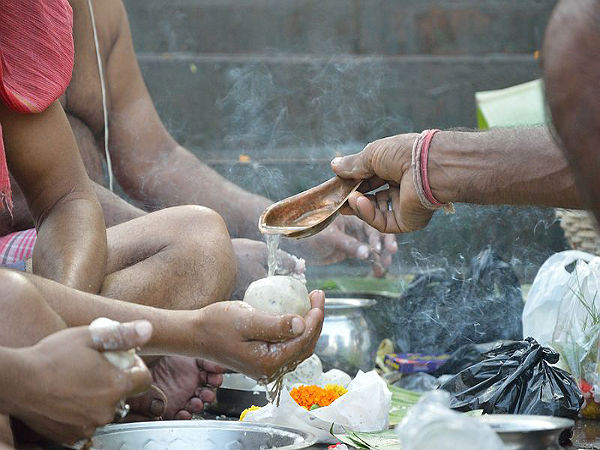 Cheating on one's spouse is also considered one of the worst and the biggest sins as per Hinduism. Especially if a man extramarital affairs or establishes physical relations with a woman other than his wife, it leads to Pitra Dosha.

Abortion or killing innocent lives might also become a reason for Pitra Dosha. Even making physical relations or intimacy on days considered sacred, such as Purnima, Amavasya etc., is also not considered right.