Festivals are no less than an integral part of India. With the diverse culture, the people living in this country celebrate various festivals throughout the year. Regardless of which religion they belong to, people come together to celebrate and promote harmony during the festivals.

Vaishnava Shattila Ekadashi is a festival dedicated to Lord Vishnu. On this day, the devotees of Lord Vishnu observe a fast and worship Lord Vishnu with utmost dedication. The reason why this Ekadashi is called Shattila is due to a tradition of donating Til (sesame seeds) to the poor and needy people. It is said donating til on this day is an auspicious act as it helps in eradicating sins from one's life.

It is another important festival observed by people belonging to the Hindu community. On this day, people avoid speaking anything till they take a bath. Mauni means silent and hence, people observe a silent fast on this day. They worship Hindu deities after taking the bath.

Vinayaka Chaturthi is a day observed to Lord Ganesha, the God of wisdom, knowledge and the remover of obstacles from one's life. Every month the festival is observed on the Chaturthi tithi of Shukla Paksha. People worship Lord Ganesha on this day and seek blessings from Him.

Vasant Panchami is an important Hindu festival observed by Hindus across the country. The day marks the onset of spring season. People worship Goddess Saraswati, the deity of knowledge and learning. The festival is usually observed by students. They install the statue of the Goddess, worship Her, offer books, copies, pens and observe a fast on this day. People worship books, copies and pens on this day. Since Goddess Saraswati is worshipped on this day, the festival is also known as Saraswati Puja.

This is a day dedicated to Lord Skanda, the warrior God and the son of Lord Shiva and Goddess Parvati. Also known as Lord Murugan or Kartikeya, Lord Skanda was born on this day. Every year the festival is observed on the Sashti tithi of Shukla Paksha every month.

Ratha Saptami is an important festival for people belonging to the Hindu community. The day is observed as the birth anniversary of Lord Surya (Sun). It is also known as Surya Jayanti or Magh Jayanti. The festival marks the arrival of spring season and the harvest of new crops. People usually sing hymns of Lord Surya.

It is a day dedicated to Goddess Durga. The day is usually observed on the 8th day in the waning phase of every month. In February 2021, the day will be observed on 20th. On this day, devotees of Goddess Durga worship and seek Her blessings. They also thank the Goddess for bestowing energy, righteousness, bravery and truth in this world. On the same day, people will be observing the Rohini vrat, an important festival for belonging to the Jain community.

Jaya Ekadashi is a festival dedicated to Lord Vishnu. Out of all the 24 Ekadashis in a Hindu year, Jaya EKadashi is one of them. Devotees of Lord Vishnu usually observe a fast on this day and seek blessings from Him. They offer kumkum, Akshat, flowers, jal and auspicious things.

Every year the 12th day in the waning phase of the moon of Hindu month of Magh is observed as the Bhishma Dwadashi. The day is also known as Magh Shukla Tarpan or Shradha. It is said that on this day, Pandavas, the five brothers in the epic Mahabharata performed the last rites of Bhishma, the son of King Shantanu and Ganga and an important figure of the same epic. On this day, Hindus offer Tarpan to their forefathers and deceased ones.

In every Hindu month, Pradosh Vrat is performed twice. The festival is dedicated to Lord Shiva, one of the Gods in the Holy Trinity. People usually observe fast on this day and seek forgiveness from Lord Shiva.

This year people belonging to the Islamic community will be observing the birth anniversary of Hazrat Ali on 25 February 2021. The birth anniversary of Hazrat Ali usually depends upon the lunar calendar followed by the Islamic religion. People get together to celebrate this day with happiness. They offer prayers in the mosque and greet their loved ones.

Anvadhan is a one day festival observed by the devotees of Lord Vishnu. On this day, devotees also observe Ishti, a similar festival. The festivals are usually observed on the Amavasya and Purnima tithi of any month. However, Anvadhan is mostly observed a day before Ishti. Those who don't know Anvadhan is a ritual of adding fuel into the sacred fire to keep it burning after performing the Agnihotra Hawan.

The birth anniversary of Guru Ravidass is celebrated as Ravidass Jayanti every year on the occasion of Magh Purnima (full moon day of Magh month). People belonging to the Ravidassia religion will be observing this festival. Those who don't know, Guru Ravidass is considered to be the pioneer in eradicating the caste system. 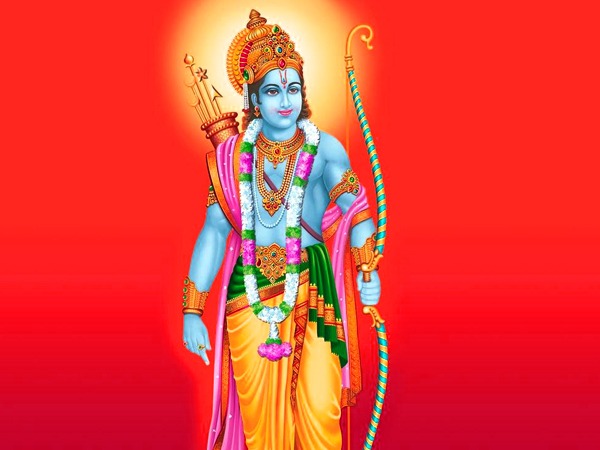 Lyrics Of Ram Raksha Stotra Mantra In English And Sanskrit

Magh Purnima is considered to be one of the sacred days in a year. The day marks the full moon day in the Hindu month of Magh. People belonging to the Hindu community, usually take a holy bath in the Ganges River and seek blessings from Ganga Mata and Lord Surya.