Makar Sankranti is, of course, the most awaited Hindu festival during winters. It marks the time when people gather together to have fun dancing, singing and eating peanuts and seasonal sweets together. People take a holy bath on this day and make donations. Thus, along with the fun-filled activities, such rituals are also performed on this day.

There is also a Shubh Muhurta during which the donations should ideally be made. The festival will be observed on 15 January this year. The Sankranti Moment will be at 02:22 am on 15 January 2020. The Punya Kaal will begin from 07:19 am and end at 12:31 pm. The Maha Punya Kaal will start from 07:19 to 09:03 am and the Sankranti snan (bath) time will begin from the morning of 15 January 2020. It is said that there are 5 reasons why this festival is celebrated. Take a look.

One Of The Most Important Hindu Festivals

Makar Sankranti is one of the most popular Hindu festivals that are celebrated in the entire country. Prime festivals are celebrated in different seasons of the year, such as Holi, Diwali, Ugadi, Durga Puja, etc. This festival falls during winters. With different sweets and seasonal dishes, this festival brings with it an opportunity for people and communities to come closer. 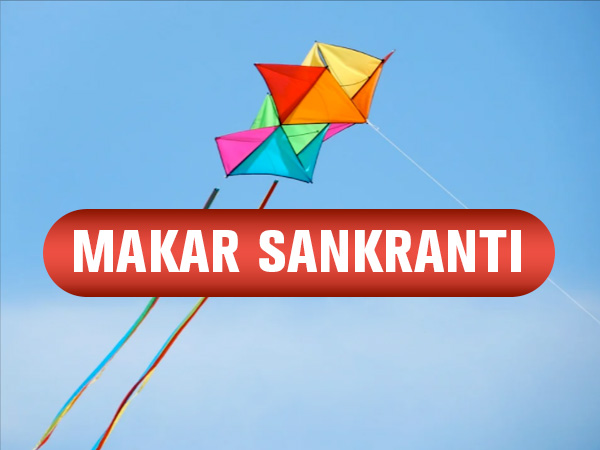 Most Read: Makar Sankranti 2019: All You Need To Know About It

Sun is the father of Saturn and according to Hindu mythology, both Sun and Saturn do not get along well. Sun enters Capricorn on the day of Makar Sankranti. Capricorn is ruled by Saturn or Shani Dev. Thus, it is a special day when it is believed that a father comes to visit his son. Thus, people also pray to both Surya Dev and Shani Dev on this day. Both are very powerful deities.

A Holy Bath For Long Life Of Husband

The day is also important from another perspective. It is said that most women take a holy dip in a sacred river. This sacred bath is taken in order to get a long life for one's husband. Such a bath also cleanses one's sins of the p

Uttarayan Period Of The Sun

Since it is said that Sun starts its journey northwards from this day, the period is known as Uttarayan period. The days get longer and nights shorter from this day onwards. According to one story from the Mahabharata, Bhishmapitamah had the boon of Iccha Mrityu as per which he would die only when he wanted to. So, even when he was injured terribly during the battle, he actually waited until the Dakshinayan period changed into Uttarayan. Thus, dying in this period of the Sun is believed to be good.

Most Read: Things Not To DO On Makar Sankranti

End Of Harvest Season For Farmers

Along with a new year according to the Gregorian calendar, this festival also marks the end of the harvest season and another new year for the farmers also begins. Hence, the joy of the festival multiplies as the farmers enjoy the financial gains and a break from the work.