While girls observe the fast to get the desired husband, women do it for the long life of their husbands. Men also observe the fast for the well-being of the family. Moreover, it is also said that they get good luck in the career as well. Our scriptures have given a high importance to the Shravana and even more to the Shivaratri falling in this month. Offering the water of River Ganga on a Shiva linga is believed to bring enormous good luck to the devotee.

Prior to the Shivaratri day, people go on pilgrimage to Haridwar to fetch the water of river Ganga. It is a 3 to 4 days pilgrimage and the devotees return on Shivaratri, directly to the temples of Shiva. They do not go back home until they have offered the water to the deity. This pilgrimage is known as Kanwar Yatra. It is said that Shiva forgives the devotees for all their sins. Not just this, it is also said that Kalsarpa Dosha gets removed by performing puja on this day.

Some Remedies That Can Be Performed On Shivaratri

Devotees should perform the Shodashopchar Pujan of Lord Shiva as a remedy for Kalsarpa Dosha. Offer Datura on Shivalinga and chant the names of Shiva 108 times. Shodashopchar Puja refers to the method of offering prayers which involves sixteen steps. You can also offer a snake couple as well before Shiva linga.

We can chant the Mahamritunjaya mantra to get rid of issues related to health and to avoid accidents.

For Removing Clashes Among Family Members

Take a Panchamukhi Rudraksha and chant the mantra Om Namah Shivaay before Lord Shiva. It helps to remove the misunderstandings and clashes in the family. Among all the kinds of Rudrakshas, Panchmukhi Rudraksha holds the highest significance. This Rudraksha washes away all the sins of the wearer.

Because it is believed to be controlled by the planet, this Rudraksha is also called the representative of Lord Brihaspati. He is the lord of Jupiter and the Guru of the gods. It is said that the Panchamukhi bead was blessed by Lord Shiva himself, while he was in his Kalagni Rudra form. Chanting the mantra while holding this Rudraksha mala in hand can help bring harmony among the family members. 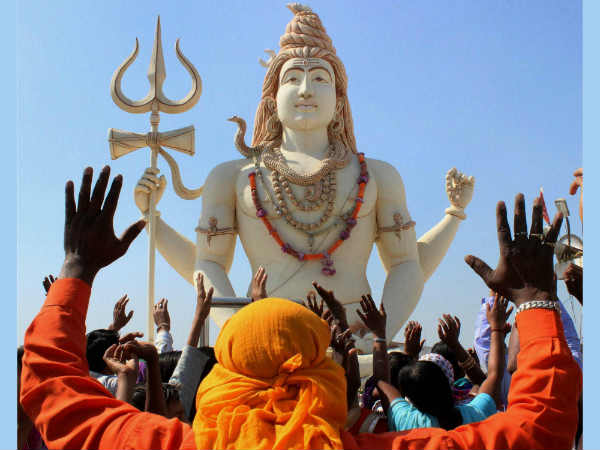 Pradosh Vrat is also observed on Shivaratri. The Vrat derives its name from the fact that the period from the sunset to around 12:00 at night is called Pradosh Kaal. It is considered the most auspicious time to worship Shiva along with Goddess Parvati. Pradosh Kaal is from 7:01 pm to 9:22 pm on August 9. Also known as Masik Shivaratri, since it falls in every month, Pradosh Vrat is generally observed by the womenfolk, for the well-being of the family.