Surya Dev blesses his devotees with both name and fame. Be it hurdles in achieving success, or when social dignity is at stake due to some reason, or even when you do not achieve success despite your best efforts, worshipping Surya Dev will help in all the cases. Chhath Puja is one such festival when we can please Surya Dev by offering him prayers. This year, in 2019, the Chhath puja will begin from 31 October and continue till 3 November.

It is a four-day festival (Chaturthi, Panchami, Shashti, Saptami) and devotees observe fasts as a result of which he blesses them with higher social prestige and recognition through success. While observing fast is the primary tradition of the day, there are a few things which can be performed by anybody. Take a look at the list of things in Chhath Puja that will bring you luck and prosperity.

1. An Offering Of Water, Saffron And Flowers

On the Chhath Puja day, chant mantras for Surya Dev to please him, who blesses with increased social prestige. Offer water to him, not forgetting to add saffron and red flowers in the water. This will help increase the chances of success. 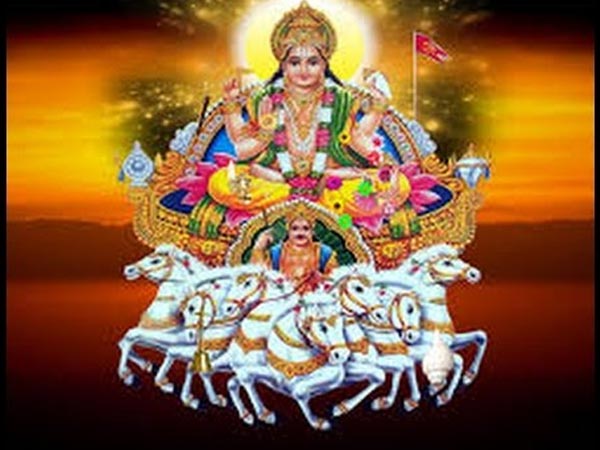 Most Read: Benefits And Ways Of Worshipping Surya Dev

Since the cow is considered a sacred animal in Hinduism, paying service to a cow such as offering food or making donations towards a cow shelter are considered a big virtue. On the day of Chhath Puja, you can feed wheat to a brown cow.

Since the day is associated with Surya Dev, wearing gold on this day would be of major significance. It is said that gold is not just good for the skin, but also helps to increase positivity in life.

While we already know the significance of fasting on this day, fasting without salt is considered even more important. This helps to please Surya Dev sooner. This practice of not taking salt during a fast can be followed on Sundays as well. Surya Dev blesses with success and social recognition.

On every day associated with Surya Dev, one must chant Aditya Hridaya Stotra. Sage Agastya had recited this hymn to Lord Rama while he was on the battlefield fighting with Ravana. The stotra helps build confidence and makes one victorious.

Most Read: All You Want To Know About Chhath Puja 2018

Making donations to the needy is another way to reach the heart of Surya Dev. This becomes more important when the placement of the Sun in the horoscope is not a favourable one. In such a case, donate molasses, jaggery and copper to a poor person.