The month of Shravana has started. The preparations for the month are in full swing and a lot of enthusiasm can be seen among the devotees in the temples of Shiva since he is the primary deity for the month. In fact, the whole month is dedicated to Shiva because of his major role in the Samudra Manthan that happened in this month. He had drunk the Halahal poison and saved the Universe.

This month being the most auspicious time to please Shiva, the devotees try everything, including fasts, puja as well as donations to please him. While they worship him with such dedication, it is important that they know what mistakes they should avoid during the month. Not just them, all the people should avoid these common things in Shravana. Take a look.

1. Make sure that turmeric is not present in the puja samagri (offerings to be made to the deity), as turmeric is associated with women. Lord Shiva in his original form is seen as a yogi and sage, (though he is married to Goddess Parvati). Therefore, turmeric is not offered to him. Vermilion is also not offered by many.

2. Raw milk is often used to worship Shiva, but during Shravana he is not offered raw milk, hence you should use it only after boiling.

3. Devotees must not wake up late in the month of Shravana. They should get up early and take bath in the Brahma Muhurta itself. Brahma Muhurta refers to the time between 4:00 am to 6:00 am before sunrise. This is the time when the positive energy of the body becomes active and helps the devotees concentrate better. 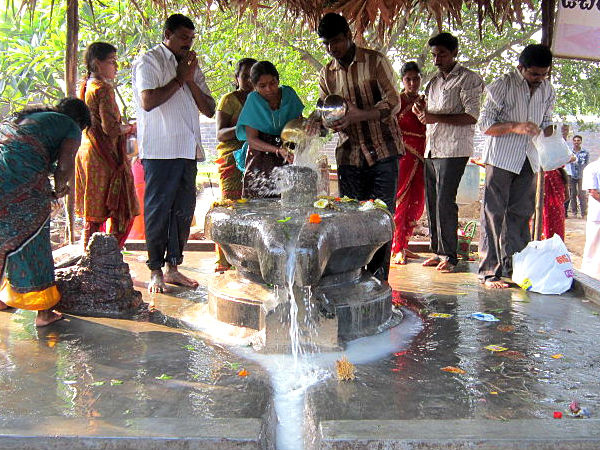 Worship Lord Shiva As Per Zodiac

4. One must avoid green leafy vegetables as well as brinjals in the month of Shravan as told by our scriptures. Eating these in this month is believed to be inauspicious. Brinjals are described as impure vegetables in our scriptures.

5. Abstain from any kind of bad thoughts as well as negativity during this month. This breaks the fast and displeases Lord Shiva. Harming an innocent creature in this month can lead to inauspiciousness in the horoscope. Hence, mind your actions as well as intentions.

6. Intoxication and non-vegetarian foods must be avoided in the month at any cost. Believed to be highly inauspicious, these foods activate the negative energy in the body, which reflects in one's character in the long run, as said in the scriptures. Known as Tamasik foods, these lead a man to have Asuri Pravriti (demonic qualities), as per Dharma. The one who eats or kills the innocent in this month is believed to have committed 'jeev hatya' - a major sin in Hinduism.

7. You must ensure that there is peace and harmony among the family members throughout the month. Clashes among the members give space to negative energy in the house. For the puja to be successful, there should be peace in the house.