Bakrid is one of the most popular festivals of Muslims. It is also known as "Id-ul-Adha". Bakrid falls on tenth of "Dhul-Hagg", which is the last month of the Lunar calendar followed in Islam. Do you know why Muslims celebrate Bakrid? This year Bakrid wil begin on the evening of August 21 and will continue the whole day of August 22.

The meaning of Bakrid is "Feast of Sacrifice", and it is celebrated by the Muslim community across the world.

Also Read: The Story Of Eid-Al-Adha Or Bakrid

Bakrid is rejoiced to pay tribute to Abraham's readiness to present his one and only son as forfeit at the command of God. On this very day, goats are surrendered as a gift.

The festival is commemorated with great gusto and fervour among the Muslims. On this special day, all men and women bedeck themselves with new attire and visit the mosques.

They offer their "Dua" or prayers for the amity and affluence of the entire Muslim community. After the prayers, they perform the sacrifice ritual. After that, all the Muslims greet "Eid Mubarak" to one another and also share their affection and love.

According to the popular beliefs and Holy Quran, Bakrid has a special significance. 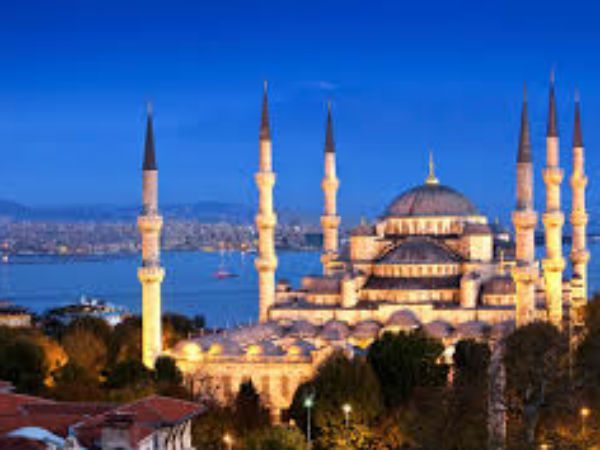 Important Traditions And Rituals Of Bakrid

The day of Bakrid is celebrated to remember the surrender of Prophet Abraham. In order to test Abraham's devotion, God ordered him in his dream to sacrifice someone who was the closest to his heart.

Thus, Abraham decided to surrender his only son who was merely thirteen years old at that time. When Abraham told his son about his dream, the 13-year-old didn't hesitate or rebel against this order.

Abraham was quite surprised and, at the same time, he felt very proud of his son. However, the moment Abraham was on the verge of sacrificing his son, Abraham heard God's voice saying that now there is no need to perform the sacrifice because Abraham had passed the loyalty test.

God commanded him further to surrender a lamb in place of his one and only son. By the blessing of God, Abraham was again blessed with a boy named "Is-haaq".

Bakrid is a festival of enthusiastic and devoted believers of God (Allah) and the sacred Quran. The sacrifice is suggested to be made in Allah's name. The present that is surrendered is broken up into 3 parts.

One part is for personal use, second part is for your friends and family and the 3rd part is donated to the deprived and poor.

Thus, by going through this quick history of Bakrid, now you can very well understand the significance of celebrating Bakrid and why Muslims celebrate it.

On this pious occasion of sacrifice, all the Muslims are supposed to sacrifice a goat at their own abodes and the meat is divided into three parts, according to the norms.

At first, the Muslims adorn themselves in new outfits and visit the mosque and present their prayers in a wide open ground.

Then, everyone sings Takbirs and greets "Happy Bakrid" to each other. After coming back from the mosque, they surrender a goat or sheep as per the Bakrid ritual. Muslims start singing Takbirs at full volume from 9th of Dhul Hajji to 13th of Dhul Hajji.

The most common cuisines that are prepared on Bakrid are biryani, sewain, meat curry, mutton kebabs and a variety of breads.

A myriad of people join this grand Bakrid feast, as it is mandatory for everyone to take part in it. The animal which is selected for the sacrifice must meet some particular quality norms as well as age, or else it cannot be considered to be appropriate for the sacrifice.

So, this is the history and significance of celebrating this important festival - Bakrid.