Chhath, also known as Chhath Puja, Chhathi and Surya Shashti, is a primitive Hindu festival dedicated to the Sun God, personified as Surya Dev. Since, the Sun is considered the God of energy and life force, he is worshipped during the festival of Chhath to promote prosperity, well-being and progress. The word 'Chhath' literally means six in Hindi. Chhath is celebrated on the sixth day of the Kartik month according to the Hindu calendar. Hence, the festival is termed as Chhath. This year the festival will begin on 31st October and will end on 3rd November.

It is believed that the festival of Chhath Puja was started by the Mahabharata hero Karna, who was the son of Kunti and Surya (Sun God). Since, Karna was the offspring of the Sun God, he used to perform a puja for Surya Dev. Since then, Chhath has been celebrated evey year, over these years. Another deity worshipped on Chhath is known as the 'Chhathi Maiya' who is actually Goddess Usha, the divine consort of the Sun God. The word 'Usha' refers to the first light of the day which is said to invoke our divine inner consciousness. So, she is worshipped to invoke our divine consciousness and overcome all the adversities that we as humans are likely to face.

Let us take a look at the important rituals associated with Chhath Puja.

Chhath is generally celebrated for four days. The first day is known as Nahay Khay. On this day, devotees take a holy dip in the river, clean the surroundings of their home and observe fast. 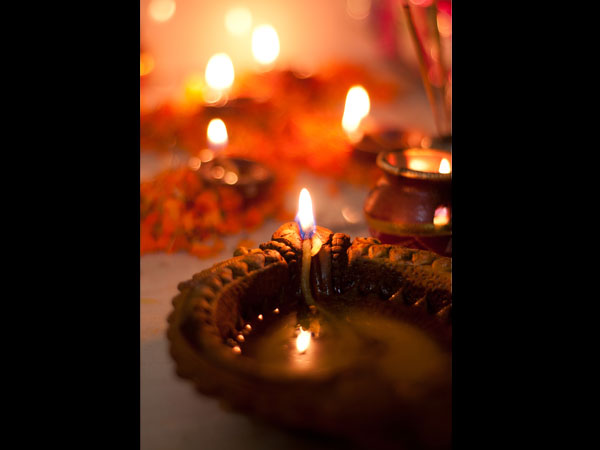 On the second day, the devotees again observe fast for a whole day. The fast is broken only after making offerings of kheer and puri to the Sun during sunset and the Moon at night.

The offering (bhog) made to Surya Dev is prepared on the third day. During sunset, the Sun is offered various preparations by the devotees observing the fast. The family of the devotees should accompany them to the river bank to make the offerings to Surya Dev.

On the final day of Chhath puja, the devotees, along with family members offer the prasad to Surya Dev along with an Argha. They then break the fast with this prasad.

Rules Of The Puja

Generally the fast is observed by women in the family. However, men also can observe the fast. The person observing the fast prays for the well-being of the family and prosperity of the children. Also, once a family starts doing the Chhath puja, they should perform it every year without fail.

A special sweet called 'Thekua' is prepared for Chhath Puja which is offered to the Sun God along with a variety of fruits. Delicious items like kheer, puri, pua etc. is prepared and offered on bamboo winnows. The food to be eaten should be strictly vegetarian without onions or garlic.

Chhath puja is cosidered a very important festival in states like Bihar and Uttar Pradesh. The people dress up in their best clothes and offer prayers to the Sun God. It is also an opportunity for the families to gather together and offer prayers collectively to Surya Dev. Hence, Chhath Puja is both religiously as well as a socially significant festival.