Gandhari, the mother of the Kouravas, had once cursed Lord Krishna that just as all her sons had died, Krishna too will die soon after completing 36 years of his life. She believed that Krishna could have saved all the warriors, by not letting the war begin, but Krishna did not do so.

Lord Krishna accepted the curse just as he would accept her blessings. Such a state of emotional equilibrium was present in Sri Krishna. And this is what he himself emphasized upon, suggesting every man to be in the state of equilibrium emotionally.

Today, through this article, we are going to tell you, how Lord Krishna died and whether the curse came true or not.

Mahabharata gives the story of not only the death of the hundred Kouravas, but also of other influential characters, such as Dronacharya, Arjuna, Bhishma Pitamah, Abhimanyu etc.

These were some of the the most intelligent and the bravest characters of all times. But the most influential among these was Lord Krishna.

Lord Krishna, who kept guiding Arjuna, when he was fighting the Kouravas, did all that he could to bring Adharma, or unrighteousness, to an end. Probably, this was why Gandhari, the mother of the Kouravas, believed that Krishna was responsible for the death of her sons.

The Son Of Lord Krishna

Samba was the son of Lord Krishna. As notorious as Lord Krishna, once he decided to pretend to be a woman. In the disguise of a pregnant woman, he went to Rishi Durvasa, Vashishtha, Vishvamitra and Narad.

He asked all the sages to guess whom he carried in his womb, a boy or a girl. However, one of the sages understood the mischief and cursed him that a copper arrow would be born from his body, which would be used for the destruction of the whole Yadava clan.

When Samba told this whole story to Ugrasen, he gave him a remedy. He told Samba to crash the copper arrow into powder, and to pour it into running water. This would nullify the curse.

Negativity In The Kingdom

However, it is said that negativity spread in the whole Yadava clan. People became addicted to drugs and there was 'evilness' seen all around. People became Tamsik (one leading to darkness).

Once under the intoxication of drugs, many important characters of the Mahabharata started arguing, which took the form of a fight and later a battle. It is believed that many except Lord Krishna, Vabhru and Daruka, got killed in the fight.

Vabhru and Balram also died after some time. After this, Lord Krishna sent Daruka to Arjuna for help.

Daruka rushed to meet Arjuna. The moment he reached and told Arjuna about the whole

story, Arjuna hurried and rushed back with Daruka to the battle field.

What they did not understand was how could Krishna be killed, inspite of Samba crushing the arrow to powder.

It is believed that a fish ate the powdered arrow particles, which again turned back into a piece of copper in its body. After which, a hunter named Jeeru caught the fish and turned the piece of copper into an arrow again, which he found inside the body of the fish.

When Jeeru heard some voices from afar, he misunderstood the voice be that of a deer's, and attacked it with the same arrow. This is how the curse given to Samba by the sage, and the one given by Gandhari to Lord Krishna, became true. 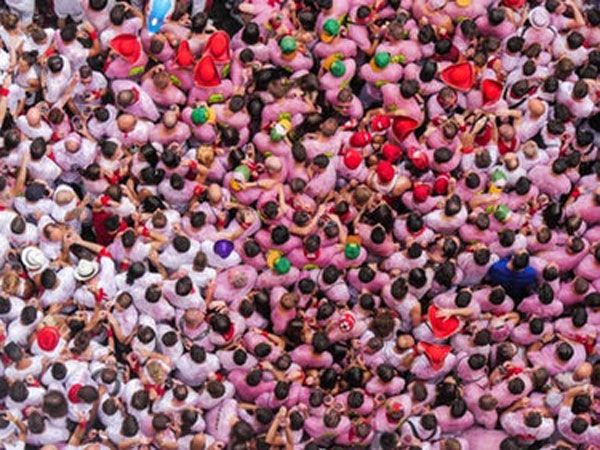 Auspicious Days In The Month Of June, 2018