Swamy Raghavendra was a Hindu religious leader, a theologian and a saint, mainly popular in Karnataka, India. He is considered as the incarnation of Prahlad who was a great devotee of Lord Vishnu.

Every year the day when a Vrindqavan/Brindavan was construtured around Swamy Raghavendra, while he was sitting in a Samadhi position, is observed as Raghavendra Aradhana. It is celebrated on the second day during the Shukla Paksha in the month of Shravana, as per the South Indian calendar.

It is a three-day observation and this year it begins from August 27 and will continue to be celebrated on August 28 and 29 as well. The celebration of Raghavendra Aradhana will be held at Mantralaya village of Andhra Pradesh.

Shri Raghavendra was a 16th-century saint and theologian. He was a strong believer of the Dwaita philosophy which was given by Madhavacharya. The Aradhana day celebrations is a three-day process, the first day is known as Purva Aradhana, the second day is called the Madhya Aradhana and the third one is known as the Uttar Aradhana.

An established player of veena, Raghavendra had composed a number of songs. All these songs were compiled under the name Venu Gopal by him. Raghavendra was the great-grandson of Krishna Bhattar, tutor during the reign of Krishna Dev Raya of the Vijaynagar Empire. Timmanacharya, his father, was an accomplished scholar and musician.

He had two siblings Gururaj and Venkatamba as well. His father died quite early and his education was then undertaken by his brother-in-law. As a youngster, he had no insight into the real meaning of renunciation. However, it was his debating skills that brought him the attention of many great personalities of those times.

Amongst these, there was a famous saint too. The saint, known as Sudhindra Tirtha, was the erstwhile pontiff of the Kumbakonam Muth. He became a monk on the demands of Sudhindra in the year 1621.

Raghavendra Succeeded As The Pontiff Of The Muth

He received the village Mantralaya as a present from the governor of Adoni. He even received grants from Dodda Kempadevaraja, the then king of Mysore.

As every saint is believed to, Swamy Raghavendra also had realized it, when he was about to die. Hinduism says that we should not use the terms ''died'' or ''passed away'' for saints, rather, the term '' left the body'' is used when a saint/ sage dies.

Therefore, as it is said, when he once sat in the Samadhi position in 1671, he had demanded that a tomb be erected around him. This tomb is today known as Brindavana. After he took the Samadhi, he was succeeded by his disciple Yogeendra Tirtha.

So, the day he took Samadhi is celebrated as Raghavendra Aradhana. This day is observed in almost all the muths and ashramas around the country. Guru Raghavendra Swamy is believed to have created many miracles during his lifetime. Thus, devotees have utter faith in him even today. 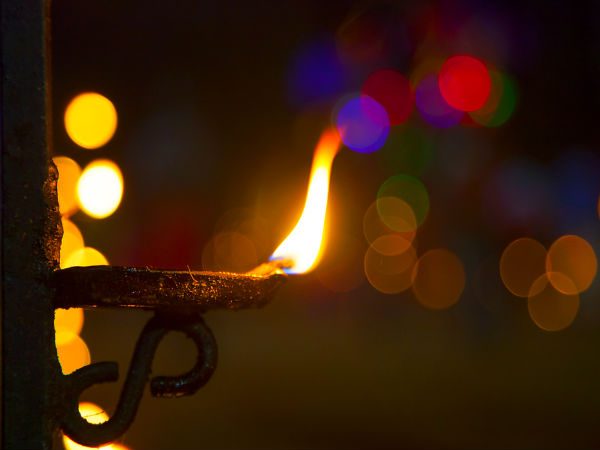 Did You Know These Saints And Gurus Of India