The mention of various sages who could create miracles with the power of spirituality can be found in the Hindu scriptures. One such sage was named Bhardwaj.

The name of his wife was Paithanasi. She was a virtuous lady. Both Bhardwaj and Paithanasi lived near the banks of the river Gautami. Bhardwaj was a divine sage, one of those who are believed to have been able to communicate with the deities.

Once sage Bhardwaj had invited Lord Agni, Lord Indra and Lord Soma to a feast organised for a Yagya. Paithanasi, the wife of the sage had kept milk and rice for boiling, on fire, in order to prepare Kheer. When the steam started coming out of the pot kept on fire, Paithanasi saw that a human-like creature came out of it. She rushed off to tell this to the sage. As they came back together, much to their surprise, the mysterious creature of smoke had eaten the whole rice from the pot.

Sage Bhardwaj Requested The Demon To Bless His Yagya

Sage Bhardwaj inquired and thus came to know that he was a demon, had the permissions from Lord Brahma, because of which, he enjoyed the freedom of destroying every Yagya that was being organised anywhere on the earth. Sage Bhardwaj was a very prominent and an intellectual sage. He knew that it was love alone which could transform the soul of every man.

The sage requested the demon to bless the Yagya that he was going to perform, rather than destroying it. The demon was surprised to see the sage requesting him, despite knowing that he was a demon. But he was soon pleased by his genuineness.

The Demon Told About The Curse

The demon told the sage, that being bad to people was not his original nature. He was bad because of the curse which was given by Lord Brahma. If a sage sprinkled a few drops of nectar on him, he would be liberated from the curse, added the demon. But sage Bhardwaj refused to do this saying that the nectar was with the Gods and that they had worked hard by churning the milk of the Kshir Sagar (the ocean of milk) to get the nectar. Hence, he could not get it from them for the sake of a demon. The sage told the demon to ask for something which was possible for him to do.

The Sage Liberated The Demon From The Curse

The demon said that even the water of the river Ganga is equivalent to nectar. Gold is also believed to be equivalent to nectar. Ghee extracted from the milk of a cow is also considered nectar. Thus, the demon said that he would be liberated of the curse and would be able to bless the Yagya, if he was offered any of these. Performing an abhishekam with all the three - gangajal, gold and ghee from a cow's milk would also help the cause. 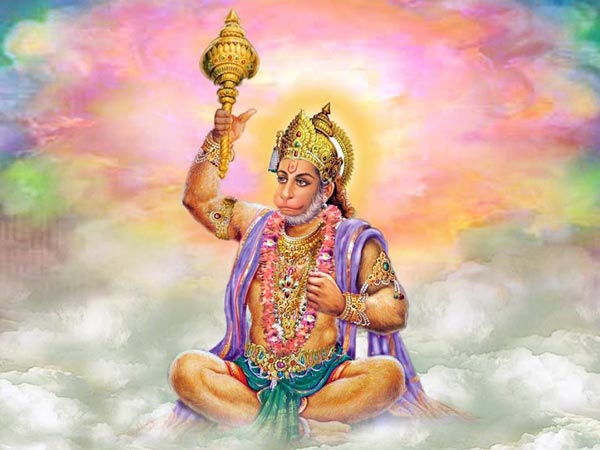 The Six Things That Only Lord Hanuman Could Do

The sage was relieved for a while after hearing this. He performed the abhishekam as directed by the demon and thus, the demon got liberated from the curse and blessed the Yagya which was then completed successfully.