Arjuna knew that victory in the battle of the Mahabharata would not have been possible without the help of Lord Krishna. He felt lucky for being so dear to him, that the Lord himself helped them throughout the battle. In fact, Lord Krishna even agreed to be his charioteer during the war. Pondering over all these thoughts, Arjuna became proud. When Lord Krishna realised this, he felt that Arjuna needs a lesson. With this in his mind, he took Arjuna to a forest, telling him that he wanted to go for a walk. 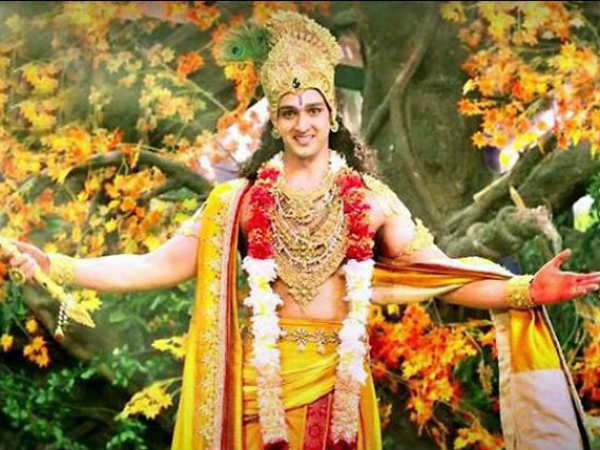 Most Read: Inspiring Lessons From The Life Of Lord Krishna

The ascetic wanted to kill Narada Muni stating the reason that he always kept chanting the Lord's name, singing his songs and praises which, would disturb Lord Krishna and would not let him have rest. Sometimes, Lord Krishna would even wake up from sleep, hearing the continuous chants of Narada.

The second person he wanted to kill was Draupadi. While Draupadi was living in exile with the Pandavas, sage Durvasa came to their place. It was then a ritual that when a sage came to somebody's house, he should be offered food. Not doing which, was considered as a disrespect to the sage. And some of the sages who were short-tempered might get angry when they were disrespected and curse the host of the house. So when sage Durvasa visited their house, the Pandavas had nothing left for offering as food to the sage. The only option left was to pray to seek help from God. Draupadi then prayed to Lord Krishna and asked for help. However, when Krishna came, he also wanted to have food. He knew that all the Pandavas had already eaten by then. Krishna said that if he ate food, the hunger of the sage would also be satisfied. But since there was nothing left in the Pandava's house, Lord Krishna asked Draupadi to bring the plate in which she had eaten. Thus, a grain of rice was left in Draupadi's plate. As Lord Krishna ate that one grain, the sage's hunger got satisfied and he left.

Coming back to the story of Arjuna and the ascetic, the latter said that since Draupadi made Lord Krishna eat from the food left over by her, he (the ascetic) wanted to kill her.

The third person that the ascetic wanted to kill was Prahlad. Prahlad was a staunch devotee of Lord Krishna. However, his father had intense hatred for Lord Krishna. Neither did he like to see his son worshipping him. In order to make him drop the idea of worshipping a deity that he himself did not like, Prahlad's father Hiranyakashipu would often torture him physically. However, Lord Krishna always saved him and suffered all the physical tortures himself. Hence, the ascetic said that he wanted to kill Prahlad for having made his Lord suffer.

Most Read: Lessons To Learn From Mahabharata

The fourth name that the ascetic stated was that of Arjuna. For naming Arjuna he stated the reason that at time of need, Arjuna even made Lord Krishna his charioteer. Lord Krishna, who is the lord of the entire universe, should not have been made the charioteer of a common man.

The ascetic's heart had thus dictated his love for Lord Krishna. Realising that he was not the only one greatest devotee of Lord Krishna, Arjuna felt embarrassed at having let pride overpower him.