Sadhna was a butcher by profession, who had continued his family profession of slaughtering the goats. An innocent man with a simple heart, filled with contentment all the time. He would come early morning, start his work of selling the meat and go by the same way.

Throughout the day, he would keep singing praises to the supreme God. He would do the work, while enjoying the prayers that he used to sing. Once he happened to change the street he generally came via, and took another route.

On the way, he found a deep, black stone, which was very attractive. He soon picked that stone. Thinking that the stone was a heavy and strong one, he realized that he could use the stone for weighing the meat.

He Used The Black Stone As A Weight

He came back to his shop where he kept the stone for weighing the meat. His shop was situated at such a place where there were shady trees and drinking water facility near it. Because of this, people other than those wanting meat, such as the passers by, travellers, saints, etc., also often stopped there.

Sadhna too was a man of wits, famous for his friendly behaviour and that big permanent smile on the face attracted most people. His songs and prayers too were very famous among those men.

A Man Told Him About The Shaligram Stone

When he got that black stone, one Hindu man saw identified the stone as the Shaligram stone. Shaligram stone is an auspicious stone as per Hinduism. It is worshipped as a form of Lord Vishnu. Hindu Pandits believed that using the stone with the meat was a sin.

It implied that the man Sadhna had been committing a sin since long. But he denied to believe that it was a sin when the Hindu man told him the same. This way, he still continued to use it for the same purpose. Whenever anybody tried to convince him against using for such a sinful purpose, he would not agree and tell witty answers, thus winning the support of many others.

The Priest Took Away The Shaligram Stone

However, one priest who found it intolerable, thought that he should take the stone and start offering prayers to it, after performing the purification of it. With this thing in his mind, he went to the butcher and asked him if he will give that stone to him. The butcher agreed to give the stone, taking which the priest went and started worshipping it as a form of Lord Vishnu.

God Pleased By The Worship Of The Priest

It is said that pleased by the worship of the priest, the Lord appeared before him. The man was blessed by his sight alone, but the God gave him the blessing of rich knowledge and salvation. However, it is also said that God asked him to go and keep the Shaligram stone back to the butcher's shop. It is believed that God told the man that though the butcher would slaughter the goats, which was a sin, he still would chant his names, throughout the day. No doubt, God was pleased by the worship of the priest, who offered him rituals and prayers two times a day. But he was more pleased to see the love in the prayers of the butcher, who would chant his name and prayers throughout the day.

The Priest Returned The Stone To The Butcher

The priest understood it and went to return the stone to Sadhna. Sadhna was surprised first to see the man who was the most adamant on taking the stone with him, returning it back to him. 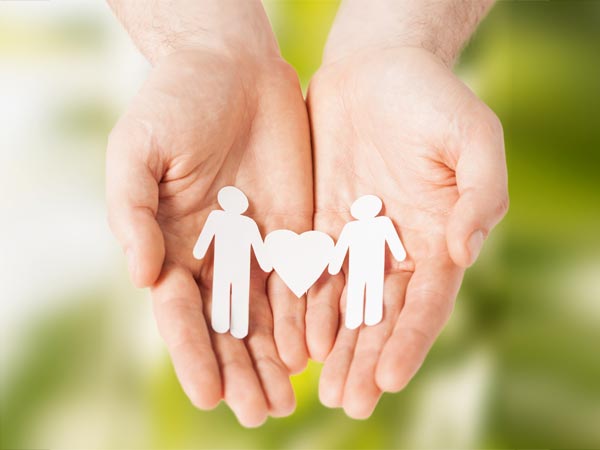 Will Yours Be A Love Marriage?

The second thing that surprised him was that the stone actually was a representation of God, otherwise the priest would not have returned it, had God not told him to do so. It is believed that the butcher then left the occupation of slaughtering the innocent goats and took to asceticism, renouncing the materialistic world.