According to Brahma Vaivart Puran, Lord Krishna and Goddess Radha was a divine couple in their previous life. While some people say that the divine couple here refers to Lord Vishnu and Goddess Lakshmi, others say that this incarnation of theirs is different and not their original forms.

According to the Puran, Radha was born on the Ashtami Tithi of the Bhadrapad month. The day is celebrated as Radha Ashtami across the country. It is said that much similar to the birth of Lord Krishna, Radha also did not take birth from the womb of her mother. It is said that she was not born and will not die. She was the invincible form of Goddess Lakshmi. 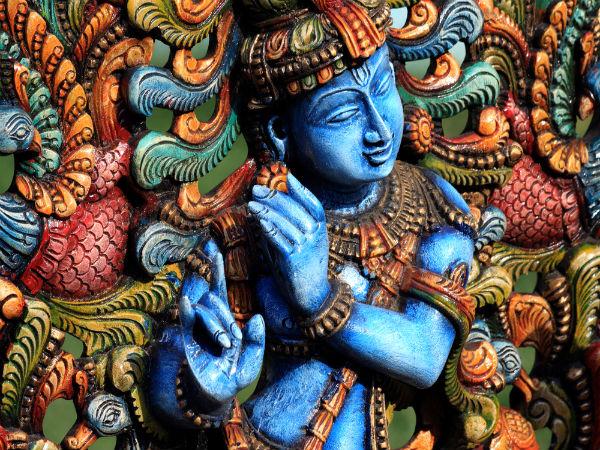 Most Read: Story Of The Birth Of Lord Krishna

While Radha was Krishna's wife in his previous birth, an incident narrates that she once saw Lord Krishna sitting in the park with Virja, another of his wives then. Seeing this, she felt jealous and got disappointed with Lord Krishna. An angry Radha started rebuking Lord Krishna.

This was intolerable for Krishna's friend Shridama. He, in return, started a conflict with Radha. Hurt by this, Radha cursed him that he would be born in a demon's house. Reverting to this, Shridama cursed her that she would have to live a life as a human being on earth.

Most Read: Lessons To Learn From The Love Story Of Radha Krishna

Rebirth Of Goddess Radha And Shridama

Hence, Shridama took birth as the demon Shankchoor. Radha was born as the daughter of Vrishbhanu and his wife Kirti. However, she was not born from the womb of her mother. It is said that only after the birth of the baby girl, did Radha enter the body of this girl. Because of not having born from the womb, Radha is also known as Ayonija.

Most Read: 18 Lessons To Learn From Mahabharata

Lord Krishna Prepared Goddess Radha For The Next Birth

It is said that worried over these curses, Lord Krishna had already intimated Radha that she would be born as the daughter of a Vrishbhanu and Kirti. He had also told her about his own birth as the son of Vasudev and Devki, and also the fact that while they would be lovers in the next life, they will also have to suffer separation from each other. While the separation would be only at the human level, they would remain united at the divine level.