Killing an unarmed man, a woman, a child and an insane is considered as one of the worst sins in Hinduism. Whosoever commits this sin, loses all their wealth, reputation and power, as is believed in Hinduism. Ashwathama was the son of Dronacharya, the teacher of the Pandavas; he was fighting the battle from the Kaurava's side.

While the Pandavas were asleep, he came and killed the sons of the Pandavas. Draupadi burst into cries seeing her dead sons beside her. When Arjuna could not bear it, he declared that he would not come back home until he gets the head of Ashwathama.

Ashwathama had already lost all his powers by then. When he realised Arjuna was heading towards him with Lord Krishna by his side, he ran for his life on his chariot. When he found that his horses were tired and that there was no escape, he attacked Arjuna with the Brahmastra.

However, for Arjuna, who was a prominent warrior of the Mahabharata, it was not a feasible option. Therefore, Krishna suggested he use the Brahmastra. Arjuna followed the orders and retaliated with the same divine weapon. And to save the earth from destruction and the men from dying, Krishna used the divine magical powers of his Sudarshan Chakra.

Moreover, Dronacharya also asked both of them to take the weapons back. While Arjuna did take it back, Ashwathama did not and in fact targeted it at pregnant Uttara, the wife of Abhimanyu, and daughter-in-law of Arjuna. He had already made the two big sins of killing sleeping children and using the Brahmastra; this was the third mistake that Ashwathama made. But as Uttara was a true devotee of Lord Krishna, she called him for help, to which he replied by saving the womb of the girl.

Arjuna Could Not Kill His Guruputra

It was believed then, and is still believed to be true as per our Shastras, that the son of the teacher deserves the same respect the teacher receives. The Shastras, written in Hindi, address him as Guruputra, the son of the guru. Arjuna had captivated Ashwathama, but could not gather the courage to kill him.

He, therefore, decided to present Ashwathama alive before Draupadi. Arjuna, along with Krishna and the captive Ashwathama headed on to meet Draupadi, who would decide the fate of Ashwathama.

Draupadi Was Asked To Decide His Fate

When they presented the sinner Ashwathama and left it upon her to bring justice, she saw a certain fear in his eyes. His head was drooped in shame and his heart seemed full of guilt. She to did not want the Pandava Kula (clan) to become sinners by killing Guruputra Ashwathama, for she knew that this would not bring her sons back.

She suggested with a heavy heart that the man be freed. Though everyone agreed with her suggestion, there was one man who would not agree to set him free, for he believed that killing the kids was a sin bigger than that of killing Guruputra.

Extreme Humiliation Is Equivalent To Killing The Enemy

Ashwathama had a divine gemstone, which he wore in his hair. When the Pandavas could not agree as to what should be the punishment for Ashwathama, Krishna suggested that his gemstone be taken away. As a punishment for the grave sin committed, Ashwathama's head was shaved along with the gemstone that stood behind all the powers he possessed. Deprived of his source of power, Ashwathama was sent away and he regretted the sins he committed. 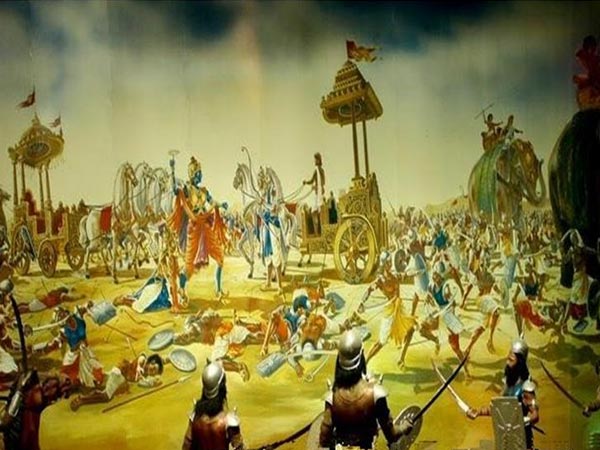 Shaving off the head of the enemy is considered equivalent to killing him, as is believed in Hinduism. Hence, Krishna settled the issue by suggesting a diplomatic path for the two extreme situations.