A woman who is independent and goal-oriented will make efforts to live her life the way she wants to. She will never give up her dreams and make sure to achieve her goals through hard work and determination. She knows what matters the most in her life and what kind of people she deserves to be with.

Dating such a woman is not every man's cup of tea. However, if you are already in love with a strong and independent woman, then you need to know certain things. These things will help you in handling your relationship better.

Also read: 11 Amazing Things That Women Can Do Instead Of Thinking About Men

You will hardly find a strong woman taking interest in blabbering on a random thing. She prefers being with people who have something important and meaningful to talk about.

Rather than talking about crush and make-up, a strong woman will talk about career, responsibilities, family and other important things. Also, if you think you give her silly hints rather than speaking directly to her, trust me, she would prefer investing her time in doing something productive rather than finding the meaning of your hints.

2. She Will Give Priority To Her Career

A strong woman always values her career above everything. She believes in achieving her career goals and making efforts for the same. Therefore, it is obvious that she might remain busy at work. However, she will always try her best to give you sufficient time.

If in that case, you constantly complain, then things might get disturbed. Saying things like 'Why do you have to work so hard in the office, you should spend time with me,' 'What is more important for you, career or love?' Or 'A real woman should stay back at home and look after the family' will worsen the things between you and her.

3. She Is Less Involved In Gossips

Gossiping, spreading rumours or making others jealous is not something that a strong woman entertains. If you think that you will make her jealous by making some female friends and thus, she will come running to you, then you are wrong. In fact, she will take it as a silly thing and will prefer moving on with other important things in her life.

A strong woman will always expect respect from you and will give you the same. She will never compromise with her self-respect. Showing disrespect to her in the public will make you regret your action. The moment she comes to know that you do not respect her, she will prefer moving on and live her life on her terms.

5. She Expects Loyalty And Honesty

The moment a strong woman commits to you, she will remain loyal to you throughout her life. She will also expect the same from you. If you tend to hide things from her and speak blatant lies to her, she will end the relationship soon and might not trust you ever.

6. She Hates People Who Are Aimless

Since a strong woman values her career and is determined to achieve her career goals, she expects the same from you and other people who are close to her. For her, living with a partner who is aimless or not working hard to achieve his dreams, is one of the most annoying and unacceptable things.

Rather than pleasing her by sending gifts and flowers, you can work hard and make her feel proud to have you in her life.

7. She Has No Room For Laziness And Lame Excuses

People who are lazy and make lame excuses are not entertained by a strong woman. She will surround herself with people who are active and passionate about their career. If you think you can trick her to believe you by making some lame excuses, then you are probably wrong.

8. She Avoids Wasting Time On Drama

Badmouthing people and creating fuss and drama over every small thing is not what a strong woman does. Even if she is extremely upset over something, she won't rant about it in front of others. Neither will she overreact to things. Also, she tries to stay away from such people and prefers handling any difficult situation with patience.

9. She Doesn't Believe In Showing Off

If you are with a strong woman, you will never see her showing off or pretending to be someone else. Instead, she chooses to stay happy and satisfied with whatever she has. Moreover, if you are showing off in front of her, thinking that it would impress her, then you are wrong. She will sense it and will look for someone who is genuine. 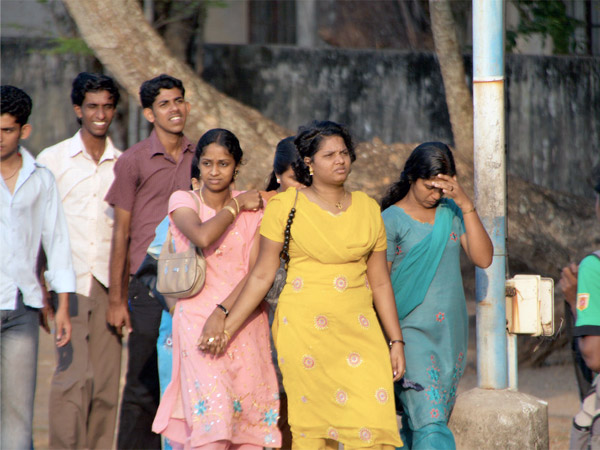 10. She Values Her Contentment

A strong woman values her contentment. Rather than sticking to things and people who are toxic, a strong woman will make her own to find her happiness and satisfaction. She believes staying happy is her right and therefore, she prefers doing things that make her happy.