Bollywood has given us some really iconic movies and characters to remember. Now the Bollywood movies, along with the characters, are moving closer to reality. They now highlight the sensitive dimensions of different relationships around us. One of the best examples is of the relationship between brothers and sisters. So on this Raksha Bandhan (15 August, 2019), we thought of bringing some adorable sibling relationships shown in Bollywood movies.

The movie shows the unconditional love of a sister for her deaf and mute brother Iqbal (played by Shreyas Talpade) who aspires to be a part of the Indian Cricket Team. Khadija (played by Shweta Basu Prasad) leaves no stone unturned to help her brother from practising cricket. She somehow convinces a drunkard, who was once a good cricketer, to train his brother. She ensures her brother plays well and lives his dreams.

The movie shows how a brother who is monarchical, possessive and scary can be caring and willing to do anything for his sister's happiness. Shruti (played by Kareena Kapoor Khan) is a deaf and mute girl who has an overprotective cousin Mangal (played by Suniel Shetty). Shruti loves her brother and sees a fatherly image in him. The sanctity of their relationship will make you emotional. 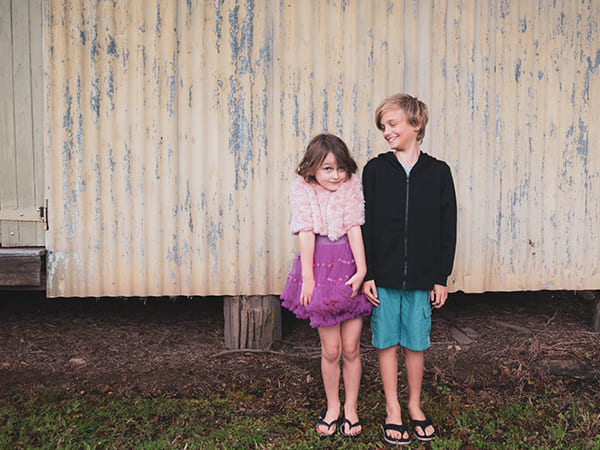 Raksha Bandhan 2019: Nasty Yet Funny Things Brothers Do To Annoy Their Sisters

Ishaan (played by Sushant Singh) is quite protective for his darling sister Vidya (played byAmrita Puri). Vidya, on the other hand, respects her brother. But one day when Ishaan comes to know his best friend is dating his sister, he thrashes his best friend. After Ishaan dies in a tragic accident, Vidya names his firstborn as Ishaan to keep his memories alive.

Even after being separated from his mother and sister Shiksha, Vijay (played by Hrithik Roshan) pays secret visits to his sister on her birthdays. However, Shiksha (played by Kanika Tiwari) doesn't know about her's and Vijay's relationship. He risks his life to protect her following which the siblings unite.

Although the movie doesn't focus much on this siblings' characters, their bond is something to take inspiration from. Post India-Pakistan partition in 1947, Milkha Singh (played by Farhan Akhtar) gets abandoned and later is found by his elder sister Isri (played by Divya Dutta). She supports her brother even after being constantly abused by her husband. Milkha Singh too, honours his sister and thanks her for everything that she did for him.

The movie Sarabjit, is based on the real-life story of a man named Sarabjit (played by Randeep Hooda). After being mistaken for a terrorist and a spy, Sarabjit gets locked up in Pakistan's jail. His sister Dalbir Kaur (played by Aishwarya Rai Bachchan) fights for his freedom for 23 years. She battled against all odds to prove her brother innocent. The story of this siblings is quite emotional.

The movie portrays the relationship between the twins Max (played by Shah Rukh Khan) and Shirley (played by Aishwarya Rai Bachchan). Both of them have a bickering relationship, still they never fail to show love and affection for each other. When Max knows of his sister's relationship with a guy named Rahul, he becomes protective of his sister. But after he comes to know that Rahul is a good match for his sister, he happily marries off his dear sister to her love Rahul.

All these sibling characters from the Bollywood movies portray the love sibling have for each other. We hope you too have the same relationship with your brothers and sisters. If you do, then let them feel special on this Raksha Bandhan.