In India, abortion is legal under various circumstances, where it can be performed until 24 weeks of pregnancy. Induced abortion is when a woman gets a pregnancy terminated voluntarily from a service provider. Spontaneous abortion is the loss of a woman's pregnancy before the 20th week, commonly termed miscarriage [1].

Abortion should never be generalised, as it affects every woman differently [3]. Often, abortion can be an entirely different experience for women who undergo it compared to the people around them. The physical and emotional toll the medical procedure can have on a woman can vary, with some experiencing fewer side effects; for others, it may be overly traumatic with many side effects. Sometimes, the changes in the body get to the extent that they permanently scar the woman.

The perceived stigma over the topic of abortion has curtailed the need for further discussing on the role of abortion in women's health, with many women who undergo these changes not wanting or failing to discuss these issues with others which makes it even more difficult to understand what they are going through.

Through this article, we have attempted to increase awareness of some of the common changes that may happen in a woman's body (and mind) after having undergone an abortion and how you can effectively manage the symptoms to prevent them from mentally and physically scarring the woman further.

Physical Effects Of An Abortion

1. Swelling Or Tenderness In The Breasts

When a woman becomes pregnant, her body prepares itself for the upcoming responsibility of nurturing the baby. This also includes hormonal changes which stimulate the development of breast tissue. As a result of this, the breasts become tender and swollen during pregnancy [2].

And when a woman undergoes an abortion, it takes her body many weeks to return to its normal state. Hence, the breasts may remain tender and swollen for weeks. This is one of the most common changes that most women significantly feel after their pregnancy termination.

However, it is also not uncommon to experience lactation, i.e., secretion of milk from the breasts, post-abortion, especially if the pregnancy was terminated at a later stage. Both the tenderness and the lactation are natural responses of the body during the end of pregnancy. They may appear after an abortion [3].

One may experience cramps soon after abortion or gradually, occasional, or continuous. As the uterus goes back to its normal size after an abortion, the woman's belly may feel like it is cramping. There can also be other reasons for cramps. Yet, in most cases, these are harmful and can be relieved using medications prescribed by the doctor [4].

In some women, because of the hormonal changes, cramping after an abortion is accompanied by bleeding or spotting [5]. The bleeding may not start for the first few days, yet it could last anywhere between 2 to 6 weeks once it starts. Even though it can be relieved by medications, if heavy blood flow continues for more than 3 hours, then you must visit the hospital immediately.

Women might experience back pain regularly, during as well as after abortion. This pain is towards the region near the tailbone. Simple activities like sitting for longer durations would seem difficult [6]. The back pain can be relieved by medications, proper exercise and a healthy diet advised by your doctor or nutritionist.

A woman can gain weight after abortion for multiple reasons. One of them is that it becomes difficult for the body to stop filling itself to its newfound capacity suddenly. In some, the reasons can be emotional [7]. 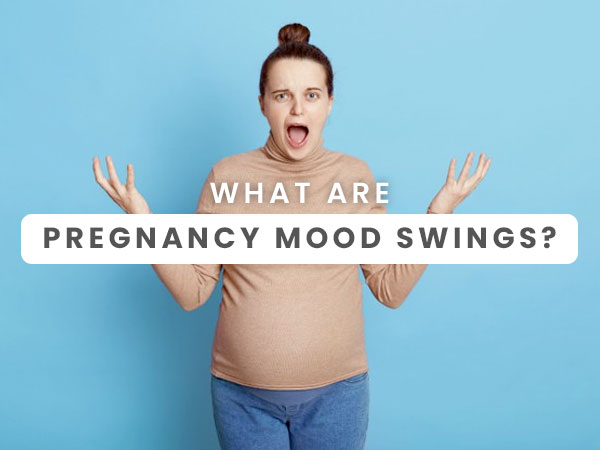 Pregnancy Mood Swings: Causes, Ways To Manage It And Will You Have It After Delivery?

The loss of blood during the medical procedure may require you to consume doctor-prescribed iron supplements to compensate for the lost blood and remain healthy, which can cause constipation [8]. However, before you take any laxatives to counter your constipation, please consult your doctor and ensure that it is safe for you as your body.

After an abortion, two types of discharges from the vagina - mucus type and the brown to black in colour type. This is nothing to be concerned about as it is just a natural response of the body, a way in which it cleans itself [9]. But, if the discharge is foul-smelling, pus-like, itchy, or is accompanied by a fever, then you may have to see a doctor.

Post-abortion, the stomach or abdomen of the woman may feel like it is bloated or hardened. While these two are also visible during pregnancy, the various changes happening in the body after the end of a pregnancy may cause this bloating to persist for quite a long time until the body returns to normal. Moreover, if you suffer from constipation because of the iron tablets, you will most likely feel bloating and hardening.

After an abortion, the cervix becomes sore. At the least, wait for 1 or 2 weeks before you indulge in sexual relations again, as the soreness can result in excessive pain.

Emotional Effects Of An Abortion

As studies point out, the woman may experience a range of emotions after an abortion. One can feel relieved or sad, or a mixture of both, where most women feel have been reported to plummet into depression; this, in fact, shines a light on the importance of therapy and counselling for women pre and post an abortion [10].

PPD is one of the most dreaded after-effects of abortion. When a pregnancy is terminated suddenly, before its normal course, the body's hormones experience a shock to an extent. The new way of functioning of the many hormones, especially Oxytocin, usually takes a long time to return to the way it was [11]. This may contribute to post-partum depression in mothers who underwent an abortion [12]. Post-partum depression is a state in which the mother may encounter all or most symptoms of depression.

Religious beliefs, relationship problems, and social stigma can make it harder for women to cope, especially if they have no one to confide in. In most cases, as time passes, these negative feelings will subside with timely intervention and support.

According to the American Pregnancy Association, common negative feelings in women after an abortion include the following [13]:

NOTE: If suicidal thoughts or self-harm occur, the person should seek urgent help.

Experts primarily link depression and abortion by explaining micro chimerism. When the baby is in the womb, the mother and baby exchange small quantities of certain cells. Therefore, even after the end of pregnancy (normal and abortion), a mother isn't entirely detached from the baby. However, cells or parts of it remain inside her throughout her life.

Recent studies have pointed out that there is a need to carry out more research to fully understand any links between pregnancy termination and depression [14].

Abnormal Side Effects Of An Abortion

If the woman has any of the following symptoms, immediate medical attention is critical [15].

According to the Comprehensive Abortion Care (CAC), an intervention implemented to prevent maternal death or injury point out that "women must be able to access high-quality, affordable abortion care in the communities where they live and work," was introduced in India in 2000.