Warning: This is a video that is not for the weak hearts!

Electricity is considered to be always dangerous as it can cause injury to people. In many cases, people even lose their lives because of carelessness.

Recently, a social video has been doing the rounds, and it can leave many haunted as it shows a group of three men moving a metal ladder/shelve and it was seen that it was caught in the wire.

The entire incident is of just a few seconds. This is a rare incident of a man who seems to be an employee of a company who lost his life in seconds after the ladder that he was pushing got entangled in a live wire.

The video of the entire incident has been going viral as the man in the video is seen losing his life in seconds after he got stuck with the high power wire.

The most careless reason that was reported about this entire incident is that the man who lost his life was walking around barefoot while he carelessly was pushing the ladder without noticing the height of the ladder and the wires. And the result, the man lost his life!

There are not many details of where or when this incident happened or even the details of the man who lost his life.

But this can be considered as a lesson to one and all that we need to learn about the dangers of being careless around such high tension wires and be well equipped while handling them. What do you think? 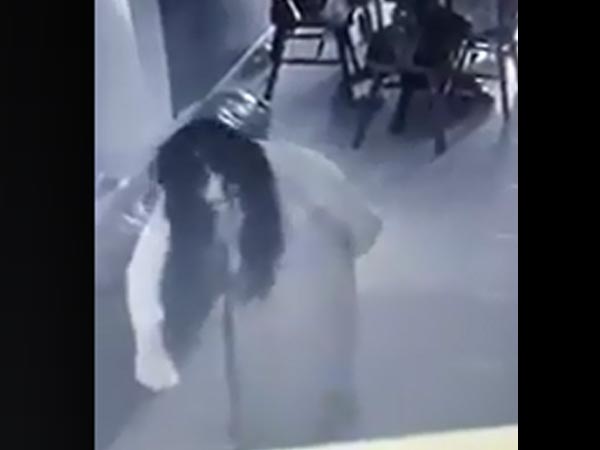