Raksha Bandhan is one of the most important days for the siblings. This is the day where all the brothers and sisters would meet up and spend some quality time with each other, while the guys dressed in Indian clothes get rakhis tied to their wrists and exchange tokens of love.

It is such a wonderful day where the boys get a pinch of salt while they celebrate this festival, as they are usually seen with the 'tilak, ethnic wear', which they otherwise would totally not find it cool (atleast some of them!) 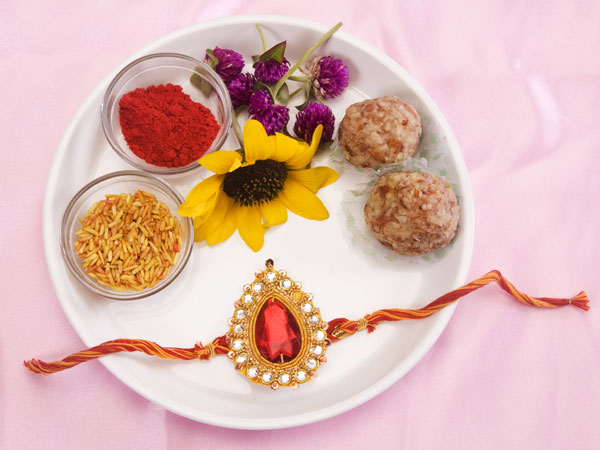 Simple Ideas To Make Rakhi For Your Brother

We have jotted down some of the things that the Indian boys go through when they celebrate Rakhi and we are sure most of you would agree to these things, guys!

It Is The Ethnic Day!

It is one of the handful days in a year where the boys are caught wearing kurta-pyjama, and even sport a huge tikka on their foreheads. This surely makes them look like a movie star, don't you think? It is also that day when they hear a lot of OMGs from their sisters! 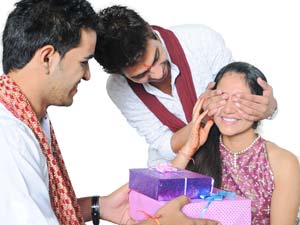 How To Make Rakhi Special?

It is that day where moments after tying the Rakhi, the sisters stuff their brothers face with the customary mithai. To irritate them, they do not stop at one single bite and instead stuff them with laddoos till the boys start looking like one!

The Sister Gets To Throw Tantrums All Day Long!

If the guy has an elder sister, she will ask him to touch her feet, buy her food, and even massage her inflated ego! She is actually the star of the day, so you happily let her have her way! We bet, the sisters simply love this day!

The Gifts Can’t Be Cheap!

Rakhi is such a heavy-on-the-pocket festival for guys. In any traditional Indian family, you will also know that the rules of shagun have changed. So half the salary goes away in those fancy shagun envelopes, with best compliments, of course!

According to the Hindu custom, one is not allowed to eat anything before any auspicious occasion. So, until the boys last known cousin ties them a rakhi, they can't eat a morsel of food, even though the kitchen smells of yummy Poori and Aloo sabzi!

When They Are Away…

This is the day when the brothers miss their sisters the most when they are away from home. On this day, thoda emotional hona chalta hai! Calling her and reminding her of jokes, or even talking about the most embarrassing things, you realise that certain bonds can never change and the brother-sister bond is one of the best relationships to be cherished in life, ain't it guys?

So what is it that your brother does on this day? Do let us know.