One of the most important factors that decide if a person is successful or not is how well a person learns from his or her failures. There is no denying fact that one might not taste the success in their very first attempt. The person might go through some ups and downs in his or her journey to achieve success. But if you give up after facing some failures, you might not be able to reach your desired goals. Instead of being disheartened after having failures, you should consider failures as the stepping stones that can help you to reach your goals.

Also Read: 11 Sure Signs That You Are Really Becoming An Emotionally Strong Person

Crisis brings opportunities. Therefore, it is essential to understand what you can learn from your failures and implement in your present to make your future better. As your failures can help you to become a better person and learn. Without improving yourself and having a firm determination, it is difficult to find success.

A similar story is that of Bollywood Superstar Amitabh Bachchan who is known for his superb acting skills. The Shahanshah of Bollywood wanted to become an actor but was rejected by filmmakers simply because of his tall height and looks, which became his USP later. He then tried his luck to become a Radio Jockey in All India Radio but he was rejected due to his heavy voice. Life was hard for him but he never gave up.

He went through a long struggle until he got a role in the movie 'Saat Hindustani' that that too flopped. His life took a turn for better when he acted in the movie 'Zanzeer', which became a huge success. Still, he went bankrupt and was going through tough time until he got a break in an Indian TV game show 'Kaun Banega Crorepati' and the rest is history.

If Amitabh Bachchan would have given up on his dream, the Bollywood would have never witnessed such a superstar. He took criticism positively and worked hard until he achieved his goals.

Also, the story of Walt Disney will inspire you to believe in yourself. Determined to become an artist he had to face disagreement from his father. Walt Disney joined an advertising company after completing his college degree but he lost his job as his boss thought he was not creative enough to work in that company. 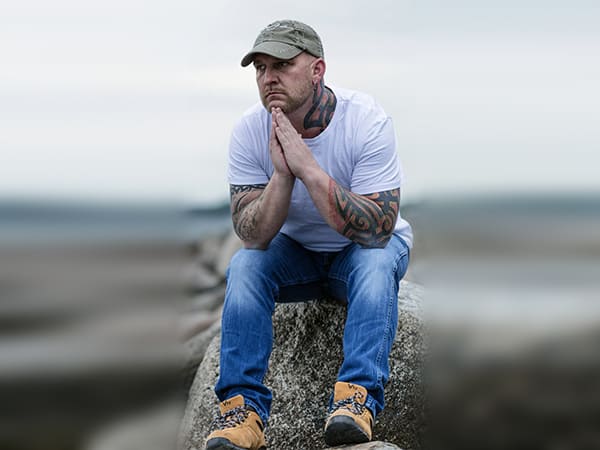 9 Irrational Thoughts You Need To Get Rid Of Immediately

Walt Disney and Ub Iwerks tasted their first success when Walt Disney suggested Oswald and Mintz cartoon characters to Universal Studios. Had not Walt Disney struggled, our childhood would have been deprived of magical Disney movies. No wonder he taught us to dream and never give up. Though there was a time when people mocked on the idea of Walt Disney of having an animation studio, today the same studio is worldwide popular and a huge success.

These men are shining examples that dreams can become reality, the only thing you have to do is believing in yourself.

We must remember, problems make entries in our lives to make us stronger. Those who don't give up, reach great heights. They don't follow success, rather success follows them.

Also Read: Little Things That Will Make You Happy, And No, It's Not Sex!

There are many people who hold back themselves just because of the fear of failure. Don't tie yourself with the imaginary chain of fear and shame. Pick yourself and fight until you achieve your goal. Accept challenges fearlessly and conquer the world.