Unfortunately, the biggest cats in the world, TIGERS are one of the endangered species today. It is sad, that at present, their population has reduced to 4,000 as these mighty animals have lost over 90% of their natural habitat. To raise awareness about the alarming situation and to emphasise the importance of protecting tigers from extinction, every year 29 July is observed as the 'International Tiger Day'. At the 2010 Saint Petersburg Tiger Summit, it was found in reports that the population of tigers has dropped to 95% and this is when Global Tiger Day, also known as the International Tiger Day came into existence.

Since then several programmes, campaigns and ads to support the conservation of tigers. On this International Tiger Day, we are here with some fun facts that you need to know. 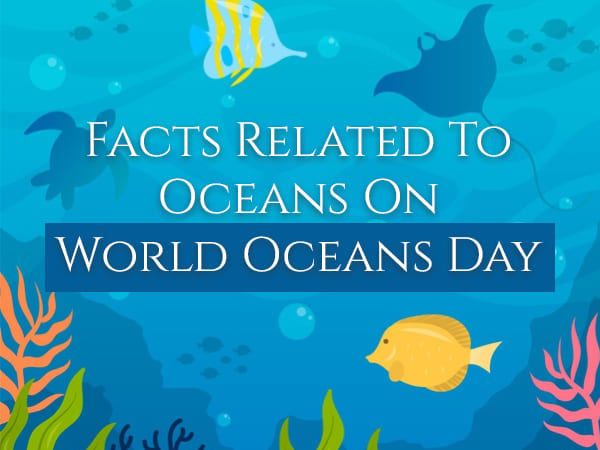 World Oceans Day 2020: Some Lesser Known Facts About The Oceans

1. Tigers are the biggest cat species in the world. They are also the third-largest carnivore present on this planet after polar and brown bears.

2. Bengal Tigers are the largest of all the tigers and are native to the Indian subcontinent.

3. A fully grown male tiger can weigh up to 300 kilograms. This means that a tiger can kill you just by sitting on you and licking its paws for a few minutes.

4. Tigers can be referred to as nocturnal animals. This is because they prefer hunting at night as they do not want to engage in human conflict during the broad daylight. They also patrol their territories during the night.

5. Believe it or not, tiger cubs are born blind. They follow the body odor of their mothers. Since the cubs are blind after they are born, most of them die out of hunger, cold and due to other reasons. Often male tigers eat the cubs with an intention of making tigress available for mating.

7. The cubs leave their mothers when they attain the age of 2. They then go ahead to be accepted by a different streak (a group of tigers). Sometimes most of these cubs may not survive.

8. They can run at the speed of 65 kph i.e., 40 mph. They are also excellent swimmers and can swim up to 6 kilometers. You will be surprised to know that tigers love to play and swim in the water. Perhaps, therefore, they can hunt in the water as well.

9. The life-span of a tiger is usually 20-25 years. Whether they live in the forest or are tamed as a pet, they can live up to the age of 20-25. A tiger named Machli of Ranthambore National Park, Rajasthan died at the age of 19 whereas a tiger rescued from a circus in Florida and later kept in a zoo died at the age of 25.

10. Tigers can mate with other big cats such as a male tiger can mate with a female lion and the offspring produced by mating will be known as Tigon.

11. Since the saliva of a tiger contains an antiseptic, they just lick their bruise or any infected area to prevent further infection.

13. Though tigers seem to be intimidating and ferocious, they are known to be quite humble for their streak or ambush. They rarely roar and are quite gentle with other members of their ambush.

14. Tigers are fond of the surprise attacks. They will attack you from the back and will ensure that you do not seem them. Once they catch you seeing them, they are less likely to attack you. Perhaps, therefore, villagers in India often wear a face mask at the back of their heads when going deep inside the forests to avoid being attacked by a tiger.

15. A group of tigers may be called ambush or streak, but do you know that tigers love to be alone? You may not find two tigers of the same age group and gender roaming together. They prefer to take a solitary leisure walk and hunt for their next meal.

16. You may not know this but tigers have a diverse diet. They can consume fish, wild boar, rabbits, buffalos, crocodile, bird, rhino, bear and sometimes cubs of other tigers. They can also hunt other cat families such as leopards.

17. Though there have been stories of tigers hunting and killing humans, they do not always consider humans as their prey. They will kill you only if they feel threatened. So, if you spot any tigers nearby, it is better than you back off while looking into their eyes as tigers are less likely to hunt if you look into their eyes.

18. Tigers are quite vengeful. If you have ever hurt them or their ambush, they can and will take revenge on you. 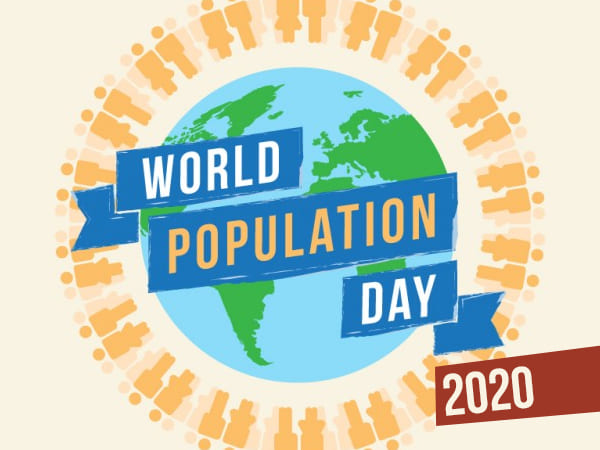 World Population Day 2020: Quotes That You Can Share With Each Other

19. Tigers are quite skilled in imitating other animals' sounds. They do so to attract innocent animals and then hunt them easily.

20. The stripes of tigers no doubt make them beautiful. Every tiger has its own unique stripes just as humans have their unique fingerprints. Even if you shave the fur of a tiger, you will be able to see the stripes on their skin.

Apart from these facts, it is noteworthy to mention that in 1973 the Project Tiger was launched in India with just nine tiger reserves. At present, India has over 50 tiger reserves with 2967 tigers in them. The information was shared by Prakash Javadekar, the Minister of Environment, Forest and Climate Change.

Project Tiger was launched in 1973 with just 9 tiger reserves. Today, India has 50 reserves having 2967 tigers.
Tiger sits at the peak of the food chain and the increased numbers is a testimony of the robust bio-diversity. #IndiasTigerSuccess #InternationalTigerDay #TigerDay pic.twitter.com/pmEEsWInee