Every year, 7 April is observed as World Health Day. This global health awareness day is celebrated under the sponsorship of the World Health Organization (WHO). The day marks the founding of WHO, along with raising awareness on the importance of global health.

Initiated in 1948 and coming to effect in 1950, the day aims to create awareness of a specific health theme to highlight a priority area of concern for the World Health Organization. The 2021 theme for World Health Day is 'building a fairer, healthier world for everyone.'

In the event of the global day that aims to improve the global health quotient, let's take a look at some of the common nutritional deficiencies in Indians.

Every day, more than 6,000 children below the age of five die in India. More than half of these deaths are caused by malnutrition-mainly the lack of Vitamin A, iron, iodine, zinc and folic acid [1].

There are two types of nutrients, macro and micro, where carbohydrates, fat and protein are macronutrients and should be consumed in larger quantities for energy production and building and maintaining muscle mass. On the other hand, vitamins and minerals are micronutrients that are required in smaller quantities [2].

Vitamins help to regulate chemical reactions in the body. There are 13 vitamins, including vitamins A, B complex, C, D, E, and K. Because most vitamins cannot be made in the body, we must obtain them through the diet. Vitamins are not a source of energy (calories). They are needed for the body to perform its functions properly.

Minerals are components of foods that are involved in many body functions. For example, calcium and magnesium are important for bone structure, and iron is needed for our red blood cells to transport oxygen. Like vitamins, minerals are not a source of energy and are best obtained through a varied diet rather than supplements.

According to reports, the most common nutritional deficiencies that Indians (especially adults) grapple with are inadequate consumption of proteins, vitamin D, iron, vitamin B12 and folate, which can trigger different kinds of health concerns, anaemia, bone loss etc. [3].

Below is the list of nutrient deficiencies that are common in India. 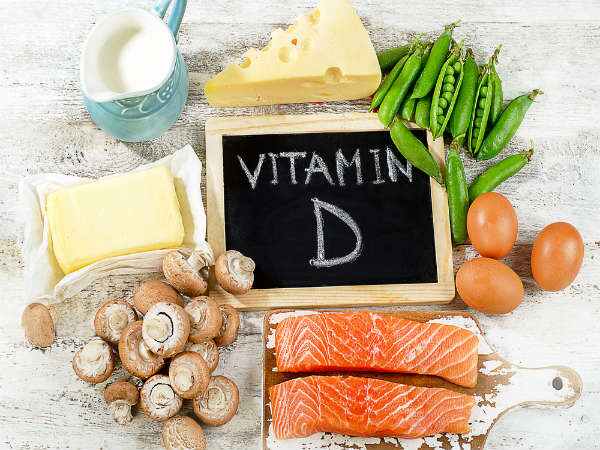 Vitamin D is particularly important in the absorption of calcium in the body and maintains bone density. Vitamin D deficiency can lead to decreased bone density and affect the thyroid gland's function, which is responsible for body metabolism. Lack of vitamin D is quite common today, partly due to the use of sunscreen and less sun exposure. 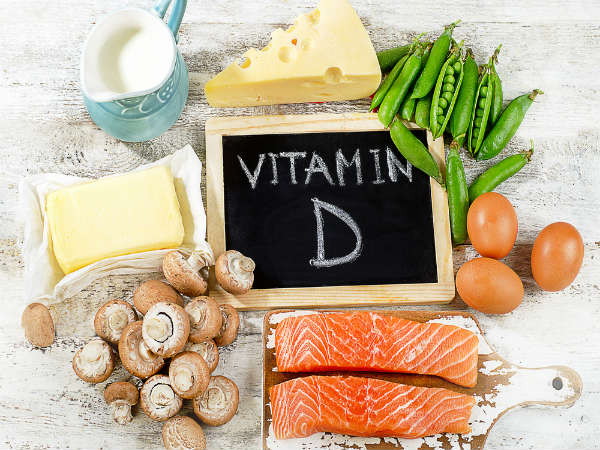 Other reasons for this deficiency are functional problems of the liver and kidneys (both help to transform the vitamin obtained from food into its active form in the body). You can check the level of vitamin D with the help of a simple blood test. After consulting with your physician, you can take it as a supplement. You can also get it from the following food sources fish, dairy products fortified with vitamin D and eggs [5].

Studies point out that India's high prevalence of iron-deficiency anaemia is largely due to the local vegetarian diet and is highly prevalent among adolescent girls in India [6]. Iron is a mineral component of red blood cells. If you lack iron, you may feel anaemia, fatigue and dizziness. You can find if you lack iron by undergoing a blood test.

One can consume animal sources (of iron) such as meat, poultry, fish and eggs. One can also get iron from vegetarian food sources such as beans and other green vegetables and increase its absorption by combining iron-rich foods with vitamin C (citrus fruits) [7].

Some foods interfere with iron absorption. Calcium-containing foods such as dairy products or foods that contain caffeine like coffee and tea decrease the absorption of iron. So, you should eat these foods separately from foods containing iron. If you had fish for lunch, drink coffee two hours after the meal [8].

3. Vitamin B12 Deficiency In India

Vitamin B12 deficiency is believed to be widespread in the Indian population [9]. Vitamin B12 helps to build red blood cells in our body and nervous system function. This deficiency may lead to fatigue, tingling in the feet or tips of the palm fingers and even depression. Foods that contain vitamin b12 are animal sources such as meat, poultry, fish and eggs. Vegetarians must emphasize getting this vitamin from supplements after consulting a doctor. 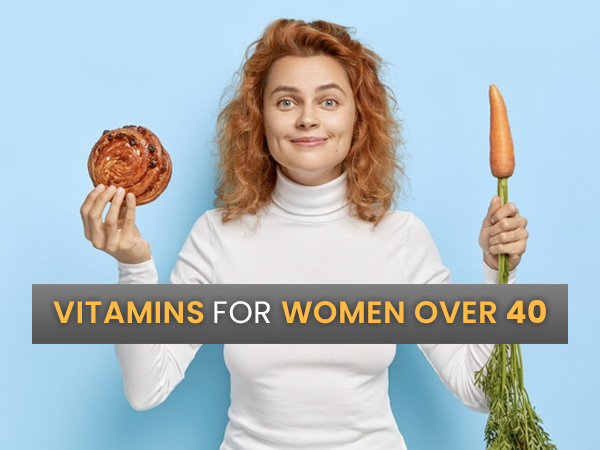 8 Essential Vitamins For Women Over 40 And Their Food Sources

Studies point out that folate deficiency in India ranges from 1.2 per cent to 26.3 per cent [10]. Folate is the naturally occurring form of vitamin B9 and is responsible for forming DNA, RNA and is the building block of the cells. In addition to this, folate plays an important role during pregnancy, helping prevent congenital disabilities like spina bifida in newborns. Some studies have pointed out that (based on the North Indian population) folate deficiency among preschool children and adolescents were shown to be around 40 to 60 per cent [11].

According to recent reports, in 22 states of India, 40.6 per cent have dietary calcium deficiency in critical years of growth, and 8 per cent have calcium deficiency in adults and post menopause [12]. Calcium is one of the important nutrients required for bone health and every cell in your body. It mineralizes bones and teeth, especially during times of rapid growth. One needs to consume fish with bones, dairy products and leafy green vegetables. 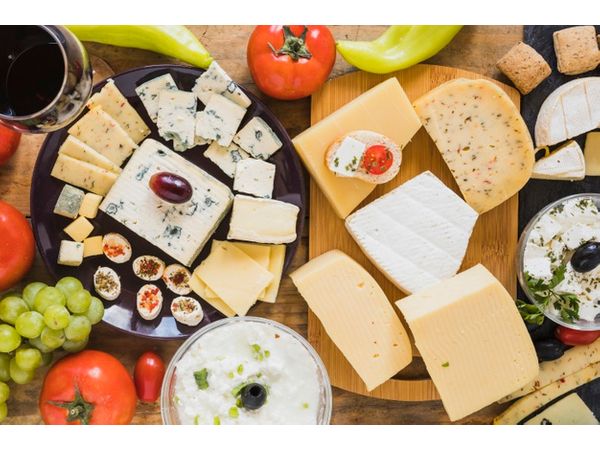 Calcium For Adults: Why You Need Calcium, Recommended Daily Intake And Food Sources

Magnesium is an essential mineral for our body. It has great importance in facilitating the heart and nervous system's proper functioning and preventing muscle contraction [13]. A close relationship has also been found between lack of magnesium and increased blood sugar levels. Therefore, it is recommended for people with diabetes to consume it as part of maintaining sugar balance in their body.

The deficiency may arise from its limited consumption of food due to increased physical activity and calcium intake that compete for magnesium absorption into our bodies. Magnesium can be gained by consuming vegetables, beans, green vegetables, nuts, seeds, almonds, avocados and whole grains such as whole-wheat bread and brown rice [14].

Studies show that India has a shocking level of omega-3 deficiency, which can elevate the chronic illness rate over the coming decades. Omega 3 is an unsaturated fatty acid that helps anti-inflammatory processes in the body. It has also been found that this acid helps reduce the risk of heart and blood vessels diseases and may help manage depression symptoms [15]. 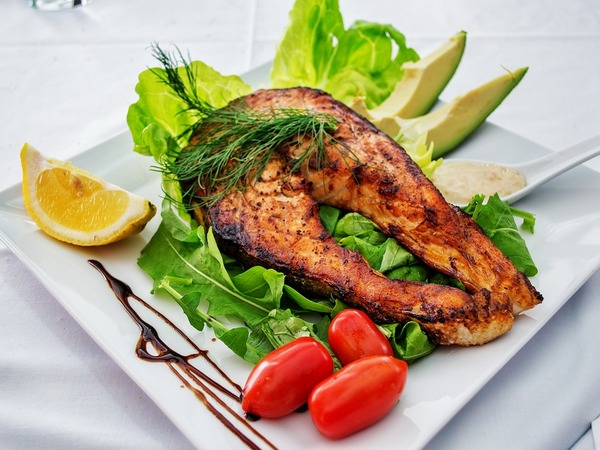 Both omega-3 and omega-6 fatty acids are necessary to our bodies and can be attained through foods such as salmon, tuna, mackerel, sardines etc. Nuts and seeds such as flaxseed, chia seeds, walnuts, and plant oils such as flaxseed oil, soybean oil, and canola oil are also healthy sources of omega-3 fatty acids. 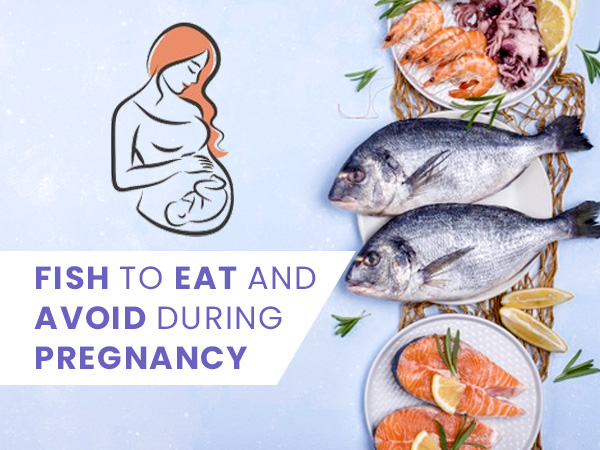 Pregnancy Seafood Guide: Fish To Eat And Avoid During Pregnancy

The common symptoms of vitamin deficiencies are brittle hair and nails, mouth ulcers, bleeding gums, poor night vision and white growths on the eyes, dandruff and patches, hair loss, red or white bumps the skin and restless leg syndrome. A blood test can help you find out exactly what type of vitamin deficiency you are suffering from and get the right treatment for it.