Dengue is a mosquito-borne disease caused by the dengue virus (DENV) and spread by the Aedes mosquitoes. According to The Centers for Disease Control and Prevention (CDC) around 400 million people are infected with dengue every year globally.

A person can have dengue fever more than once and the second infection is usually much worse.

About 4 to 7 days after you are bitten by the infected mosquito, the symptoms of the disease surface, which are as follows:

Sometimes, the symptoms are mild and most people recover in 10 days, but in some cases, symptoms worsen and can become life-threatening. This causes a severe form of dengue fever also called dengue haemorrhagic fever or dengue shock syndrome. It occurs due to plasma leaking, respiratory distress, fluid accumulation, severe bleeding or organ impairment.

The symptoms of dengue haemorrhagic fever occur 3 to 7 days later which are as follows: 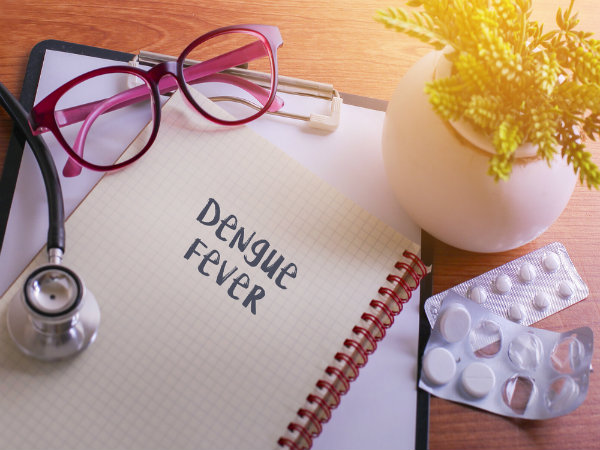 Severe dengue fever can damage your lungs, liver or heart. Low blood pressure to dangerous levels can cause shock, and even death.

Diagnosing dengue fever is difficult because the signs and symptoms are often the same as other diseases like malaria, typhoid fever and leptospirosis.

Blood tests are done to check for dengue viruses.

There is no specific treatment for dengue fever, your doctor will recommend you to drink plenty of fluids to avoid dehydration. Fluids like clean bottle water, soups, fresh fruit juices, and saline water are recommended.

If you have dengue haemorrhagic fever, you may need the following treatments: