Did you know that the colour of semen could actually hint at how healthy the semen is? Well, going by what doctors have to say, the colour of the semen can tell you much more about your health than you actually ever knew. There could have been episodes wherein after ejaculation what you saw on the sheets didn't really convince you that it was semen - maybe because it did not look the usual colour that it actually should.

Having a look at the colour of your semen can help you a great deal to understand your health. Ideally, healthy semen would appear to be cloudy white. However, there are factors due to which there could be changes in its colour. Read on to know more about how the colour of the semen detects how healthy you are.

Semen And Its Composition

The testes, epididymis, prostate, seminal vesicles and bulbourethral glands are all involved in the production of semen. The yellowish viscous fluid that is produced by the seminal vesicles is rich in fructose and other substances, which altogether make up about 70 per cent of the semen. The secretion from the prostate is whitish and is influenced by dihydrotestosterone. This thin fluid contains proteolytic enzymes along with lipids, citric acid, galactose and acid phosphatase. 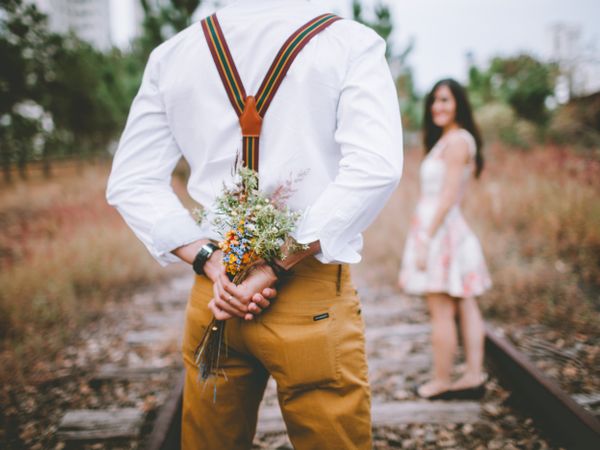 Most Read : 6 Ways To Get Your Man To Fall For You. Tips Women Should Follow.

Semen from a healthy body is seen as a whitish-grey liquid. On being ejaculated, it is thick and viscous in appearance. It liquefies after about 30 minutes. Your urine might tend to have a chlorine-like smell, and it is completely normal. The high fructose content gives semen a sweet taste.

What The Other Colours Of Semen Could Mean?

Yellow semen at times is normal and not a case to panic. The hue of the semen changes as men get older. If you haven't ejaculated for quite some time then your semen could appear a bit yellowish. During erection, the urine stream is blocked; this allows only the semen to pass through in the form of discharge. However, at times, traces of urine might be present making you ejaculate yellow semen.

The other medical reasons associated with yellow semen are leukocytospermia (case where there are high levels of white blood cells) and jaundice.

Pinkish or brownish semen indicates bleeding, mostly due to the inflammation of the prostate.

The semen taking a green colour could hint at a prostate infection. This would require immediate medical assistance. Treatment might include prescription of antibiotics to treat the infection. However, the presence of medicine or vitamin in the semen can also make it appear greenish at times.

This might indicate the presence of blood in the semen. The condition in medical terms is referred to as hematospermia. Although harmless in most of the cases, red semen could hint at other possible health issues such as sexually transmitted diseases and prostate-related issues. The blood usually oozes out due to the inflammation of one of the tubes, ducts or glands linked to the penis.

Most Read : 7 Foods You Must Eat After A Morning Run

When To See A Doctor?

Most of the time, a change in the texture or colour of the semen is temporary. The issue usually resolves on its own within a short period of time. However, in case the changes in the semen appear to last for more than a week or so, then you should see a doctor. Also, in case the semen colour changes are accompanied with other issues such as blood in the urine, itching, pain, sexual dysfunction, fever, etc., then it is best to seek the advice of a medical practitioner immediately.

What Are The Treatment Options?

Yellow semen might indicate jaundice and you would need to reach out to your doctor who would treat you accordingly. If the underlying cause behind yellow semen is some sort of infection, then your doctor might prescribe antiviral medicines or antibiotics. If the infection is severe, your doctor might ask you not to indulge in an act of intercourse as there could be a potential chance of you passing on the infection to your partner. Drinking a lot of water helps.

Green-tinted semen might make your doctor treat you for an infection that might have affected the prostate and the surrounding tissues.

Hematospermia is a condition wherein blood is present in the semen (the reason why the semen might appear with a reddish or brownish tinge). However, this condition is not uncommon. Very rarely, there is a serious cause associated with this ailment.

There would usually be a 2-week course of antibiotics. The antibiotics (such as doxycycline, trimethoprim, sulfamethoxazole, fluoroquinolones) penetrate the prostate-blood barrier and are the most commonly used medicines for the treatment.