It is a popular belief that the combination of certain foods and drinks, due to their properties, are not recommended for human consumption. Even the principle of Ayurveda states - 'Foods requiring different digestive environments need to be consumed in isolation.'

Therefore, it is mandatory to eat the right kind of combination at the right time or interval to avoid ruining one's health. The primary reason for this, as per Ayurveda, is the misbalance of the three doshas, namely Kapha, Vata & Pitta, that may wreak havoc on one's health and well-being.

One of the frequently consumed foods is milk that offers various nutrients, minerals and protein and is a complete diet in itself. A combination of milk with chicken (or any other non-vegetarian food) may not be a good idea, since the digestion process of milk differs from the digestion of chicken that is rich in protein.

While it takes longer to digest milk due to the presence of the protein called casein in it, having both the foods together might hinder the overall digestion. As a process, the digestion of milk takes place inside the duodenum, instead of the stomach. Because of this, the usual secretion process doesn't occur inside the stomach.

Having milk & chicken may therefore cause toxins to develop & accumulate in the body. The chicken, on the other hand, may be heavy to digest for some people, and the release of stomach acids may put severe load on the digestion process.

Frequent consumption of this combination could even lead to adverse effects in the long run. These effects may include gut-related issues such as stomach ache, nausea, indigestion, gas, bloating, ulcers, bad odour, constipation, acid reflux, etc. This is however, not scientifically proven, and is an observation based on individual experiences of people who may have consumed milk & chicken at times, or frequently.

Another commonly perceived side-effect of consuming milk & chicken together is skin-patches or disorders. This ailment is called as vitiligo, which is a skin pigmentation issue, causing white spots on the skin, and with no known reasons for its occurrence. Apparently, even this notion has no scientific proof.

Both milk and chicken have different sets of proteins. The protein included in chicken may be far more complex than the protein found in milk, and even for people who are lactose-tolerant, the mixing of these two kinds of proteins during digestion may not be appropriate.

All the aforesaid information mentioned may not be applicable for people who have a strong digestive system and can easily digest any sort of foods or food combinations. Those with sensitive digestion should avoid milk & chicken (or milk & any non-vegetarian) together.

It is, however, advisable to have them both separately, and at a gap of 1 or 2 hours. The sequence could be milk & later chicken, or vice versa. The idea is to follow a healthy diet and not put unnecessary load on the gut or stomach, which may give rise to unavoidable ailments.

One interesting fact is the marinating of chicken in milk (or curd) for certain chicken recipes. The 'soaked in milk' chicken is refrigerated for long hours (mostly overnight). This, however, doesn't cause any health-related issues, and on the contrary, is considered a tasty and healthy wait to cook chicken.

It enhances the flavour of chicken, by making it more tender and easy to digest, due to the natural presence of enzymes in milk.

To sum up, the combination of milk & chicken in any sequence needs to be consumed only if one is sure about digesting them naturally or effortlessly. If the digestion is inconsistent, then it is advisable to keep a gap in the consumption of both the foods for the ease of digestion.

A healthy diet also means keeping away from toxic or harmful food items or food combinations, in order to ensure a better way of lifestyle. After all, a healthy gut is essential to sustain and also promote a healthy body! 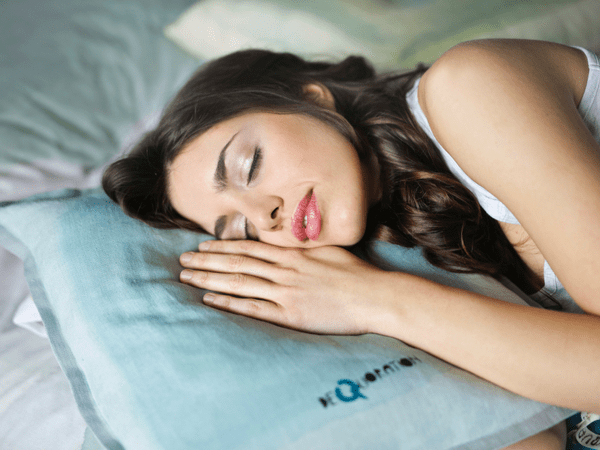 How To Avoid Headache After A Nap