The most common kind of malignant brain tumour in adults is glioblastoma. This is a kind of brain cancer. It grows and spreads very quickly. This ailment does not have a cure as of now, however, it can be treated to help ease the person of its symptoms. Such tumours can easily invade the normal brain tissues. This is possible because glioblastoma tumours are able to grow on its own by making its own blood supply.

Although brain cancers are not common, they do occur. Men are more likely to have brain cancer when compared to women. The chances of having brain cancer increases as one age.

Also known as glioblastoma multiforme, this cancer is considered to be the most aggressive kind of cancer of the brain. This is a high-grade tumour in the brain of adults. It develops from star-shaped glial cells and is considered to be a fast-growing glioma. It grows rapidly and can spread to the nearby brain tissues.

What Are The Causes?

Although the cause of glioblastoma is not clear, research has linked it to genetic disorders such as Li-Fraumeni syndrome and neurofibromatosis. A previous radiation therapy could also play a role in the occurrence of such a brain tumour. The Glioblastoma cells are said to have more of genetic abnormalities when compared to other kinds of brain tumours. Reports of research studies claim that genetic mutations are responsible for the formation of this brain tumour.

Genetic mutation results in a cell breaking away from its usual growth routine and death cycle. This abnormal cell can create several copies of itself. These can then accumulate to form a tumour. 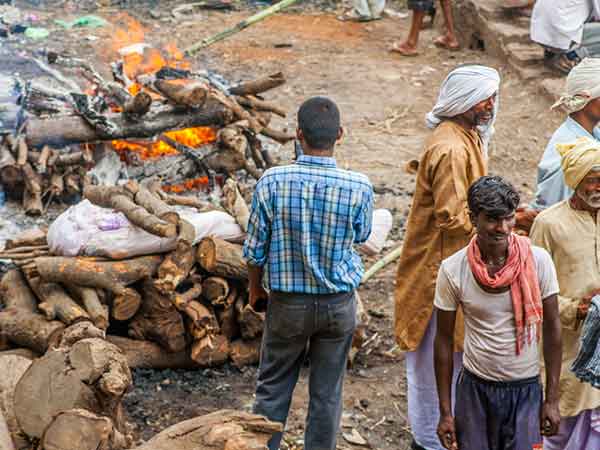 Most Read : Ever Wondered Why Women Are Banned From Attending A Funeral?

What Are The First Symptoms Of Glioblastoma?

As the tumour cells grow quickly, it is the pressure that leads to the first occurrence of the symptoms. Depending on the location of the tumour, there could be the following symptoms:

What Part Of The Brain Does Glioblastoma Affect?

Glioblastoma falls under the category of cancer that we refer to as astrocytoma. This kind of cancer is said to have its formation from star-shaped cells that are present in the brain. These cells are known as astrocytes. The cancer initiates from the cerebrum (the largest part of the brain). It is found in the cerebral hemispheres, mostly the temporal and frontal lobes of the brain.

How Is It Diagnosed And Treated?

You need to approach a neurologist to get the proper diagnosis and treatment. Depending on your symptoms, you might need to get an MRI or a CT scan done.

Once diagnosed, your doctor would obtain the tumour tissue for a biopsy. The tissue would be examined by a neuropathologist. This is essential for the grading of the tumour.

The goal of the treatment approach would be to slow the growth of the tumour.

• The first form of treatment is surgery. The tumour is tried to be removed through a surgical procedure. In case, the tumour is located in a high-risk position, then it might be difficult to remove it completely.

• Radiation can kill the leftover tumour cells after the surgical procedure. In case some part of the tumour cannot be removed, then at least radiation can slow down its growth.

• Chemotherapy can help too. The most common chemotherapy drug used is temozolomide.

• Electric field therapy is used to attack the tumour cells, without affecting the normal cells. Electrodes are directly attached to the scalp. The device used is known as Optune.

What Are The Chances Of Surviving Glioblastoma?

The lesser the age, the chances are better.

(When the survival rate is 39.3 per cent for one year, it means that 39 people out of the 100 people diagnosed with glioblastoma would be alive after one year.)

Most Read : Why To Use Ghee For Hair And Skin?

Can Glioblastoma Spread To Other Organs?

A tumour that has initiated in the brain rarely spreads to the other organs of the body. However, the tumour can affect the central nervous system. Metastatic spread of this form of brain cancer outside the central nervous system is usually rare and hence when this form of brain cancer is detected, the doctor would most likely not recommend an examination of the other organs/parts of the body. It does not spread to other organs as it would be difficult for the tumour to penetrate blood vessels and reach other organs.