If you are someone who loves relishing on fresh, healthy salads on a regular basis, then you would be used to eating certain foods raw, right?

Well, humans, right from the primitive ages, learnt the technique of cooking certain foods like meat, in order to make them tastier and easier to consume.

However, even today, there are certain foods that most of us consume raw on a daily basis, without cooking, roasting, baking or boiling them.

For example, fruit, vegetables, certain seeds and pulses, milk, etc., which are some of the foods that many of us may consume raw, regularly.

Now, while consuming certain foods raw may not be harmful for health, eating certain other foods without cooking, boiling or roasting them, could take a toll on your health.

As we know, the human health is very precious and delicate, so if it requires us to do certain things in order to remain healthy, we must be ready to stick to these rules.

Let us find out some of the 9 foods that you should never eat raw, below.

It is common for many of us to eat vegetables like cucumber, tomatoes, etc., raw, right? However, not all vegetables are safe to consume when raw and potato is one of them. Potato is a very popular vegetable used to prepare a number of dishes and snacks. However, consuming them raw can cause gas, digestive ailments, headaches and nausea, as raw potatoes may contain a toxin known as solanine. Boiling, baking or cooking potatoes are the best ways to consume them.

Beans are very healthy pulses which come loaded with protein and antioxidants. Beans also have a number of health benefits, when they are consumed in the right way, that is, after boiling and cooking them.

If beans are consumed raw, nausea, vomiting, digestive problems and diarrhoea can be caused, as they contain an enzyme known to cause these. Beans must be soaked for a while before cooking, to make them completely safe.

The honey that most of us use today is store-bought and is usually pasteurized, so it is not raw and is safe to consume. However, people who go for the organic variety of honey must be careful because many types of organic honey are not pasteurized and is still raw. Raw honey can contain an enzyme known as grayanotoxin, which can induce food poisoning, dizziness, etc., in people.

Just like honey, most of us today consume store-bought milk, which is pasteurized and safe to consume after boiling. However, many people who prefer organic foods or people who own cows may tend to drink raw milk, right after obtaining it from a cow, which may not be safe for health. Raw milk can contain microbes like E. coli, salmonella, etc., which can cause a number of microbial diseases in humans and can deteriorate their health!

Most health-conscious people tend to add raw broccoli to their salads or meals, right? Well, broccoli is a vegetable which is extremely rich in nutrients and has a number of health benefits. However, raw broccoli contains sugars which are not easy to digest and can cause digestive problems. Cooking broccoli instead of eating it raw can help make these sugars easier to digest.

Olives, be it green or black, are loved by many people for their unique, tangy taste. The olives that are available in the stores are processed and usually pickled, so they are not raw and are safe to eat. However, consuming unprocessed olives, directly from the tree, can be harmful for health, as they contain a compound known as oleuropein, which can cause severe food poisoning.

Mushroom has become a favourite food among most people now and it is used to prepare a number of yummy delicacies. While mushroom can be consumed safely after cooking, it is rather unsafe to consume it raw. Since mushrooms are fungi, they can contain microbes that could cause digestive problems and food poisoning, when consumed raw.

Although most of us would not be used to consuming pork, or any kind of meat raw, there are some people, who may add raw pork to their salads and other cold dishes. This habit can prove to be extremely unhealthy, as raw pork may contain tapeworm, which is a parasite that can get into the human body and cause serious health complications, including death!

Most people would surely boil the eggs or cook them into other dishes before consuming them. However, some people have the habit of adding raw egg yolk to their dishes, to attain a unique flavour. This too can affect a person's health severely, as raw egg yolk can contain salmonella and other such bacteria, which can cause a number of diseases. 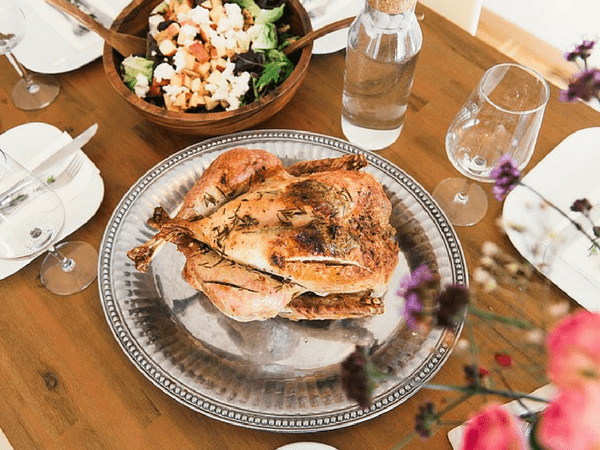 Vitamin B3 Benefits And Its Food Sources