Foods That Will Help You Control Your Anger | BoldSky

How many times has it been that your anger has hurt someone? Many a times, isn't it? Anger is a deadly emotion that is difficult to react to, understand and most importantly bring under control.

It is sometimes easy to understand or break down the root cause of anger when it's coming from someone else. However, when it is stemming from inside you, it is hard to control or tame it. Also, you often become pretty illogical when you are angry and end up saying and doing things which we ordinarily wouldn't.

Anger also leads to emotional outbursts and hostile behaviours. Ayurveda has suggested practices to calm down anger which you can implement if you become angry unnecessarily.

You can also choose certain foods that can tame your anger. So, here is a list of foods that help manage anger.

Bananas contain dopamine that enhances your mood and are also a rich source of vitamins A, B, C and B6, which help the nervous system. Bananas also have magnesium, which is associated with providing a positive mood.

Eating a piece of dark chocolate will boost the brain to discharge endorphins and boost the serotonin levels. Also, it helps to develop fewer stress hormones and decreases anxiety levels.

Walnuts contain omega-3 fatty acids, vitamin E, melatonin and antioxidants, which are helpful for the human brain. It offers the mixed mood-boosting elements of omega-3 fatty acids, tryptophan and vitamin B6. So, consume walnuts that will not only boost your happiness but will also help to ease anger.

Coffee has a number of neurotransmitters related to mood control and also can lower the risk of anxiety. Drinking a cup of coffee could curb your anger, as it acts as a mechanism in the brain that activates the brain stem cells to produce new neurons.

Chicken is a rich source of amino acid called tryptophan, which plays a major role in boosting mood. Chicken also contains another amino acid called tyrosine, which reduces symptoms of depression. Include chicken in your diet more often to reduce your anger.

Seeds contain vitamin E, vitamin B and zinc, which help to relieve you from anger. Besides, the seeds repair and support the brain cell operation which can stabilize your mood. Have seeds as an evening snack or add them in salads.

Sipping on chamomile tea will help your nervous system to relax and calm down. It contains antioxidants and flavonoids that have a calming effect on your body. Drink chamomile tea three times in a day to help manage your anger.

Potatoes are rich in carbohydrates and vitamin B, which play a key role in lowering blood pressure and decreasing your stress level. Baked potatoes are beneficial in controlling your anger and good for your mental health too.

Celery has a sweet and bitter flavour and it is cool and crispy in nature. Celery tranquillizes the mood, clears your mind and helps to cure anger. You can either have it raw by adding it into salads or add it in your cooking.

Spinach is rich in serotonin, the feel-good neurotransmitter, that is good for the brain and stabilizes your mood. Have a bowl of spinach soup whenever you are about to have an outburst. It will calm you down and relieve you from anger.

If you liked reading the article, share it with your close ones. 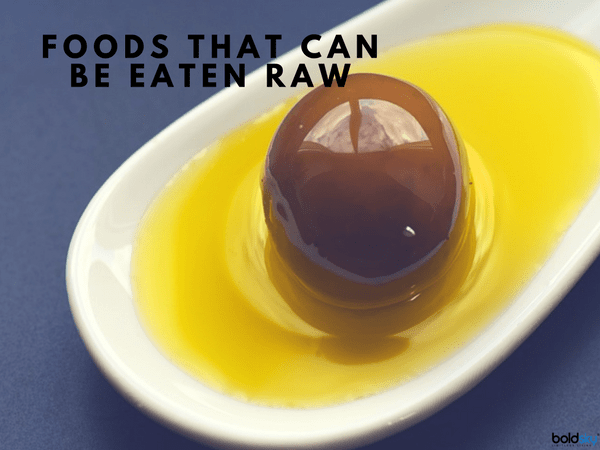 10 Healthy Foods That Can Be Eaten Raw