Viral and bacterial infections are on the rise these days and this has given rise to several symptoms of respiratory infections.

If you're trying to counter this problem with antibiotics, then it'll add up to more problems like antibiotic resistance and does not address the root cause of the problem.

Making use of herbal remedies will help repair lung damage, heal the infections as well as improve lung health.

The respiratory system is constantly working and it is the main vehicle for oxygen to enter the body. It can also be the entry point for several other pollutants like irritants, dust, mold, fungus, harmful organisms as well as other toxins.

The constant presence of impurities can take a big toll on your health. There are several herbs that help take care of lung health and we have mentioned about them in this article.

These herbs can act as an expectorant that helps break the chest congestion. These also help soothe the irritated nasal passages and airways. 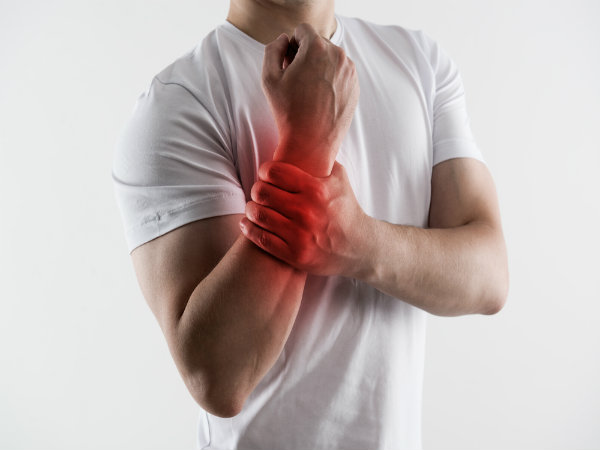 11 Ways To Use Turmeric For Arthritis Treatment

In this article, we have mentioned some of the top herbs to boost lung health. So, continue reading to find out about the best known herbs to treat respiratory infections.

Licorice root is known to have soothing properties that help soothe and soften the mucous membrane of the throat and lungs. It also acts as an expectorant that helps reduce the irritation in the throat and also cleanses the inflamed mucous membrane. It is also confirmed in the study 'Antiviral Inhalation Therapy'.

Licorice also contains saponins that loosens the phlegm and makes it easier for the body to remove it from the system. It also contains antiviral and antibacterial properties that help in preventing lung cancer.

This herb is known to boost lung health. It has the capacity to expel the mucus from the lungs and the bronchial tubes, while soothing the mucous membrane.

Coltsfoot can help alleviate cough, asthma, bronchitis and other lung-related infections. It is also one of the best known natural remedies for lung infections.

Extracting and inhaling cannabis essential oil helps in getting rid of the irritation in the oral cavity. Cannabis is also known to be a potent anti-cancerous plant.

Vaporising cannabis helps in clearing the airways and sinuses and also helps in reversing asthma. However, it is better to take this under prescription and in the right dosage.

This is known to be one of the best lung-protecting herbs, mainly due to its camphor content. It also helps in boosting the circulation in the lungs and makes it easier to take deep breaths.

It helps in calming down the respiratory irritation that can flare up sinuses.

This herb helps in fighting against chest congestion, as it contains essential oil and is enriched with antifungal, antibiotic and antiseptic properties. Thyme tea also has the capacity to eliminate bacteria and viruses.

Thyme has long been in use for the treatment of respiratory tract infections and bacterial infections like pneumonia.

Oregano contains beneficial acids like rosmarinic acid carvacrol acid that are natural decongestants and histamine reducers. Oregano oil also has the potential to fight against Staphylococcus aureus, which is a bacterium that is found in the nose and respiratory tract.

This herb helps in tackling multi-drug resistant tumour cells. It contains lobeline, which is a key ingredient that thins the mucus, breaks up congestion, relaxes the airways and also ensures easier breathing.

It also contains soothing properties that help in relaxing the muscles and hence is often included in cold and cough remedies.

This herb helps in clearing out excess mucus and lessens the infection. It is useful for those who are prone to lung infections like bronchitis.

It is recommended to add a spoon of this to boiling water and drink it thrice in a day for a few weeks.

The aroma of this herb helps in soothing throat irritation and also helps maintain proper respiratory health. It contains cineole, which is a compound that helps fight off congestion, acts as an expectorant, relieves cough and also soothes the irritated sinus passages.

Both the leaves and flowers of this herb help in boosting the lung health. They have the ability to remove the excess mucus from the lungs, reduce inflammation in the respiratory tract and also clear up the bronchial tubes. It is one of the top natural remedies for treating respiratory infection.

It helps in soothing an irritated mucous membrane and also relieves cough. It is also enriched with antimicrobial, anti-toxic and anti-inflammatory properties.

It also has the ability to fight against cold, cough and other forms of lung infections. It is also confirmed in the study 'Phytotherapeutic and naturopathic adjuvant therapies in otorhinolaryngology'.

This contains menthol, which is a compound that helps in relaxing the smooth muscles of the respiratory tract. Peppermint also contains menthone, menthyl acetate, menthofuran and cineol. Also, peppermint oil contains compounds like limonene, pulegone, caryophyliene and pinene.

Peppermint works as an amazing decongestant that is effective in breaking up the congestion.

This herb helps in alleviating sore throat and cough. It is beneficial in treating lung disorders and in removing sinusitis. It contains volatile oils that help eliminate sinus-related infections. It is also one of the best known herbs to treat respiratory infections.