Synthetic chemicals and drugs are just a product of the scientific advances of the 20th century.

But before that, human beings chiefly relied on the power of herbs and spices to cure their various ailments, including pain.

From simple toothaches to aborting unwanted pregnancies, we used to turn to witch doctors and medicine women for their knowledge of nature's bounty. And though the religious crusades of the previous centuries tried their best to destroy this ancient wisdom, the knowledge has survived till the 21st century, where naturopathic cures are making a comeback like never before!

So, if you are looking for a simple way to get rid of your pain (whether back, knee, or tooth), read on because in this article we have listed out 24 amazing herbs and spices that can help you kill pain fast.

Cool, soothing, and packed with healing nutrients, the gel contained within aloe vera leaves is a potent painkiller and healer of wounds. And there are two ways you can reap these effects.

One, by applying the gel over your external wounds, like over burns (up to second-degree skin burns), cuts, scrapes, or sores.

And two, by ingesting aloe vera juice (prepared by diluting its gel in a glass of water) to heal internal wounds caused by conditions like ulcerative colitis, peptic ulcers, and oral aphthous stomatitis.

Arnica is a herb native to Siberia and Central Europe and has been used since the 1500s to heal muscle pain, sprains, bruises, and contusions through external salves applied over the site.

Please note: Arnica should not be ingested, as it can lead to diarrhoea, vomiting, shortness of breath, and death.

Turmeric is one of the most powerful anti-inflammatory spices in the world because of its chief constituent, curcumin.

From healing wounds externally to treating cough and cold when ingested with milk, turmeric is a famous medicinal plant in India.

Just remember to use it in conjunction with a pinch of black pepper, as the compound piperine in the latter increases the bioavailability of turmeric by almost 2000%! 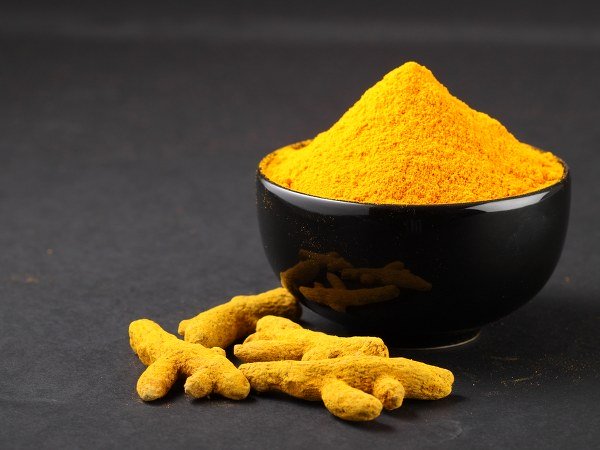 Basil is more famous for its presence on top of pizzas and in tomato sauces, but what you may not know is that basil is a very powerful painkiller. In fact, ingesting basil can reduce arthritic pain and swelling by almost 73% in under 24 hours.

Ginger belongs to the same family of herbs as turmeric, and derives its medicinal properties from its chief constituent, gingerol.

In fact, studies have shown that ginger is as effective as tricyclic antidepressants in treating migraine headaches and is also very useful in treating the pain of osteomyelitis (a.k.a, jaw sepsis). 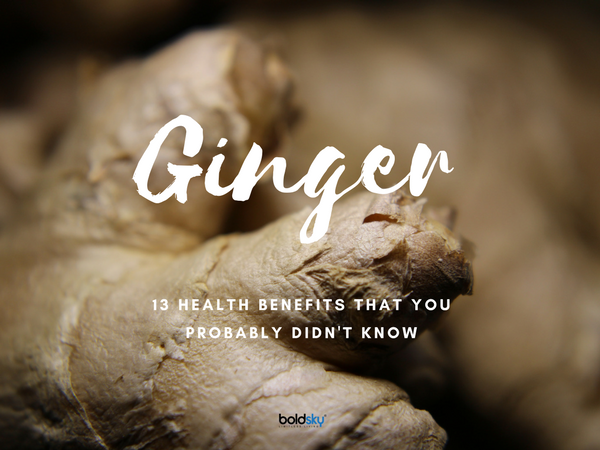 We Bet You Don't Know These Amazing Health Benefits of Ginger!

The chief medicinal compound in black pepper is piperine. And besides its most common use alongside turmeric to increase the latter's bioavailability, black pepper can also be used to increase your pain threshold, so you feel less pain in case of a wound or inflammation.

Nutmeg is a common spice added to food. But what you may not know is that it is also used popularly in Traditional Chinese medicine to treat abdominal pain and inflammation.

Cayenne pepper is a very hot chilli pepper that contains the compound capsaicin in it, which is also found in capsicum (a.k.a, bell peppers). And this compound is known to reduce the amount of substance-P that is secreted by your body when you feel a painful stimulus, thus reducing your pain perception.

Butterflies love mustard plants. And after you read this point, you will too because mustard seeds contain within them powerful medicinal compounds that are very effective against muscle pain, chest congestions, respiratory disorders, and also ringworm infections.

Just prepare a poultice out of crushed mustard seeds and apply it over the painful site to reap its painkilling benefits.

Do You Know The Benefits of Mustard Seeds For Our Health? Here are 15 of Them

Cinnamon sticks and powder are most commonly used to treat sore throats and cough. But that's not all cinnamon can do.

Other medicinal properties of this spice includes its ability to kill microbes, especially in the urinary and digestive tracts, and fungi-causing athlete's foot.

Cloves contain a powerful painkilling substance in them called eugenol. In fact, it is so potent that it is an integral part of temporary dental cements commonly used to soothe severe toothache between appointments.

Garlic pods might be stinky, but they are very effective at treating various ailments.

In fact, studies have shown that raw, crushed garlic's inflammation-reducing and painkilling properties are comparable to the OTC painkiller ibuprofen. 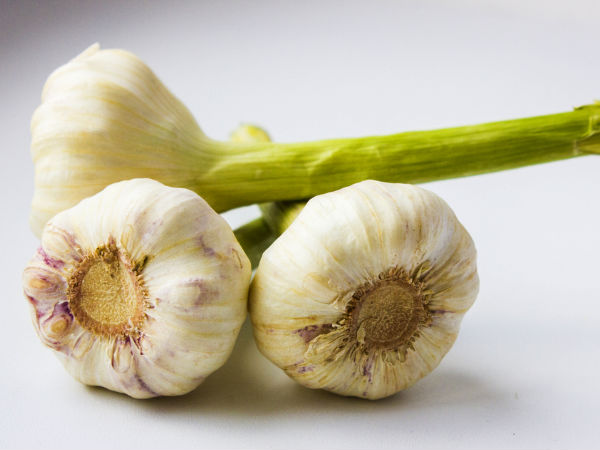 Surprising Facts and Benefits of Garlic You Probably Didn't Know

Celery's characteristic taste, smell, and medicinal properties are an attribute of the chemical compound 3-N-butylphthalide in it. And it is more concentrated in the seeds than the stalk.

And while consuming celery seeds won't help you in all types of painful conditions, it is exceptionally good at reducing gout pain.

Sage is commonly burned by herbalists and witch doctors to cleanse the atmosphere before rituals. But what you may not know is that this herb is a very effective remedy for sore throats, gum disease, respiratory disorders, and mouth ulcers.

In fact, you can even use it to get rid of toothaches by soaking two tablespoons of the dried herb for a few minutes in a cup of water with 2 spoons of sea salt and then rinsing your mouth with it for at least 1-2 minutes.

Chamomile is a pretty flower known for its soothing effect on your mind and nerves, which is why people who suffer from anxiety are often recommended to have one cup of it every day.

This sleep-inducing and calming effects of chamomile are because of the presence of flavonoids and terpenoids in it, which is also effective at relieving menstrual pain, muscle spasms, ulcer pains, and pain caused by rheumatoid arthritis and hemorrhoids. 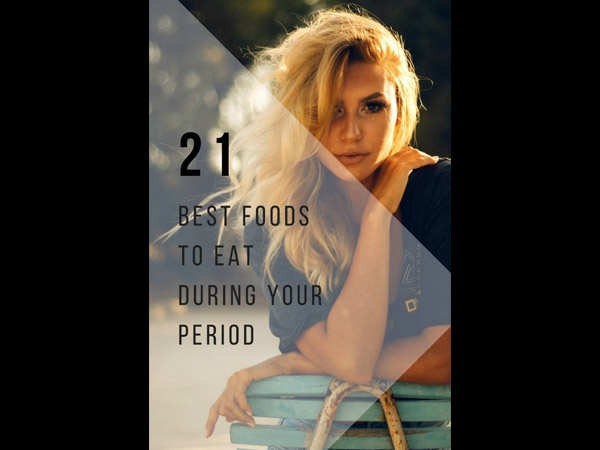 21 Best Foods to Eat During Your Period

Rosemary is a great insect repellent. But it can also double as a cure for heartburn, bloating, headaches, and gout when ingested with food or in the form of a tea.

Plus, you can use it in the form of a topical salve to reduce the intensity of eczema, joint pain, and toothaches.

Fennel seeds, also known as saunf in Hindi, are commonly chewed after meals as a mouth freshener and digestive-aid in India because of its ability to prevent bloating, indigestion, and heartburn.

But what you may not know is that this spice seed also contains powerful antispasmodic compounds within it that are very effective at relieving menstrual cramps and muscle spasms.

Coriander (or cilantro, as it is known in Northern America) derives its painkilling fame from its seeds, which have a long and successful track record of treating digestive problems like bloating, vomiting, and diarrhoea, and other ailments like toothaches, hemorrhoids, and joint pain. 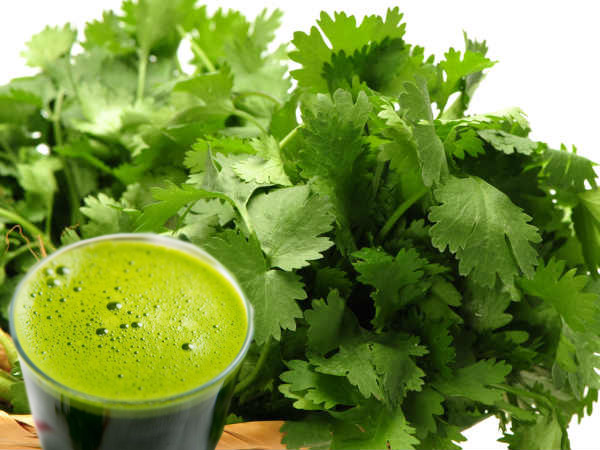 Licorice is an odd root used to produce special teas and candies in the western part of the world. And while all types of it are not medicinal, the DGL licorice root (deglycyrrhizinated licorice) is a very powerful herbal remedy for peptic ulcers, mouth sores, and acid reflux, when used as a mouthwash or drunk in the form of a tea.

Plus, applying it topically in the form of a salve can reduce eczema-induced itches.

The neem tree is every Ayurvedic doctor's favourite because from its root to leaves, every single part of it is medicinal in some way or another.

And, besides, its analgesic properties when applied topically in the form of a paste over painful wounds and itching areas, it is a powerful antimicrobial agent capable of destroying herpes infection, cold sores, stomach ulcers, and intestinal worms when ingested in the form of a herbal tea. 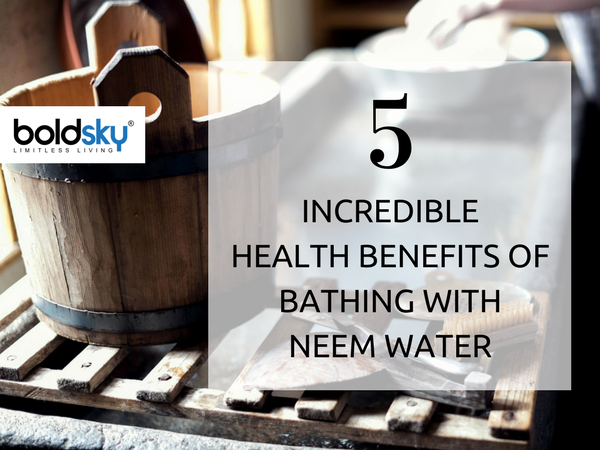 Oregano trumps apples in terms of antioxidant action by over 4200%! Plus, it is a strong anti-inflammatory agent when ingested.

Parsley is great at relieving stiff joints. And it is also a powerful diuretic agent, and therefore, great for those suffering from urinary tract problems, like renal congestion and bladder inflammation.

Marjoram, like cloves, contains eugenol in it, which is a powerful analgesic compound. That's why, it is capable of treating arthritis and irritable bowel syndrome when consumed in the form of a herbal tea.

Thyme's painkilling properties are better than ibuprofen when it comes to relieving menstrual pain and cramps.

Plus, it can reduce bloating and chest congestion when drunk in the form of a herbal tea.

If you arrived here because you abhor synthetic medicines and want to get rid of your pain naturally with herbs and spices, then chances are that some of your friends want to know the same too.

So educate them by sharing this article right now! 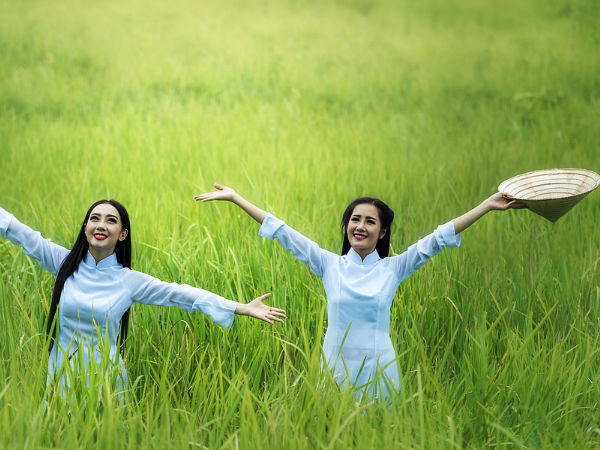 This is How Your Personality Can Affect Your Health